In which neighborhood to stay in Nantes? 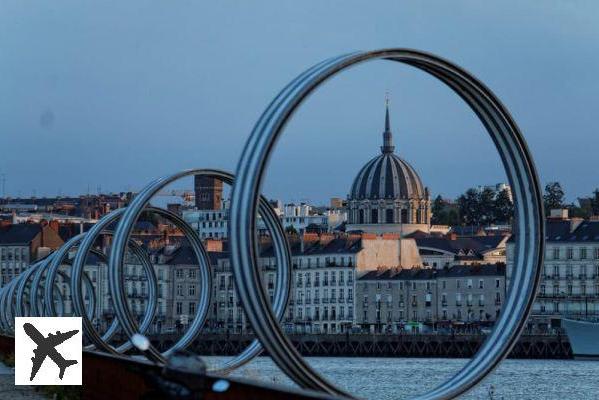 You're going to discover Nantes? Discover our selection of districts to find accommodation in one of the most pleasant cities in France!

Nantes is a city of 300 000 inhabitants located on the banks of the Loire River, close to the Atlantic Ocean. Capital of the Pays de la Loire region, it is a city that has ensured its economic development over the centuries thanks to its port and trade.

During the Industrial Revolution, shipbuilding became a driving force in the city's economy for several years. At the beginning of the 20th century, Nantes turned towards new technologies and innovation, which marked a new turning point for the city. From the 1970s onwards, the city underwent major renovations, gradually becoming a modern, student and dynamic city. Today it is known as one of the most pleasant cities to live in France and is constantly attracting new visitors.

Whether you are planning to spend a few days in Nantes or who knows, maybe you will settle down in the area one day, it is not always easy to know where to stay in a city you don't know or know very little about. Where to sleep in Nantes? Here is a ranking of the three most attractive areas of the city.

Also read :
The 10 must-do things to do in Nantes
Airbnb Nantes: the best Airbnb apartments in Nantes

Why not choose the historic centre for your accommodation in Nantes? There you will find the Place du Commerce which is a very lively place with various bars and restaurants. This area is ideal for your shopping outings thanks to its many shops. The most greedy people will be able to let themselves be tempted by the Bouffay district, in the heart of the city, which is considered as the oldest in Nantes. It is ideal for discovering the gastronomy of the region with its markets and covered market where you can stroll. Staying in Nantes, in the city centre, also means being able to easily find yourself near the city's main monuments. You will find the Cathedral of Saint Peter and Saint Paul, the castle of the Dukes of Brittany and the famous Jardin des Plantes.


Grouping together old historical and popular districts, the city centre of Nantes has a varied cultural heritage. Many old houses have been recently renovated, making them real nuggets for your future acquisition. Also note that Nantes is a green city, and by staying in the city centre, you will be surrounded by important parks and gardens.

The Ile de Nantes is often a favourite with visitors and newcomers. This 350-hectare district is located south of the city centre, between two arms of the Loire River. It is currently undergoing major changes and it is expected that its population will double in the coming years. Once an industrial area, it is now home to more and more innovative companies and young working people, making it a prime location for your accommodation in Nantes. Many inhabitants fall under its charm because of its cultural and creative aspect. The island of Nantes is especially known for the famous Machines de l'île which attract visitors from all over the world. These mechanical creatures, inspired by the novels of Jules Verne (a native of Nantes) and the industrial history of the city, were built by a group of artists who settled in these former shipyards.

It is a poetic district, on which to rely for accommodation in Nantes.

Find a hotel on the Ile de Nantes

Located near the Loire and the Chézine rivers, the Dervallières-Zola district is the second largest in terms of inhabitants in Nantes, making it an ideal residential area if you are looking for somewhere to sleep in Nantes. Dervallières-Zola is known for its many green spaces and shops. You will find peace and quiet there. The combination of its walks along the river and its parks make it a neighbourhood of choice for residents looking for a quality environment, while being just a stone's throw from the city centre. It is ideal for young couples and families.


Another huge advantage is that this neighbourhood has many cultural and social facilities such as a stadium, a swimming pool and a neighbourhood house that bring dynamism to life on the spot. In 2013, Nantes was elected European Green Capital. For your accommodation in Nantes, it seems that the choice of the Dervallières-Zola district will make it easy for you to understand the reasons for such a ranking.

Audio Video In which neighborhood to stay in Nantes?
Airbnb Le Croisic : the best Airbnb rentals in Le Croisic ❯

add a comment of In which neighborhood to stay in Nantes?