The 15 most beautiful carnivals in the world

To get 2016 off to a good start, here are the dates to remember for the best carnivals in the world. A good reason to celebrate, to discover countries, cultures and a very special way to have fun. Follow the guide.

What's better than a carnival to ignore for a while all the miseries of the world? A disguise, music, dancing, a parade and smiles on everyone's lips. A festive atmosphere that boosts morale. To give you some travel ideas, here are 15 of the best carnivals in the world. 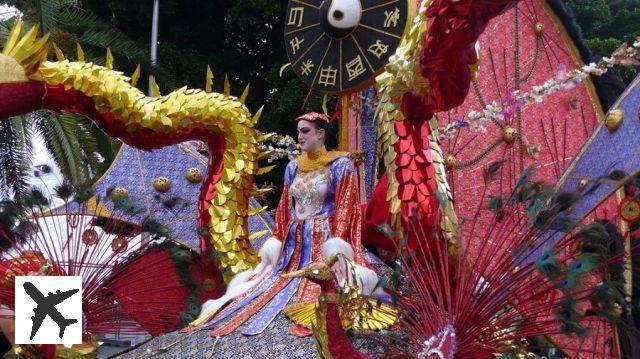 One of the most renowned. Tenerife's carnival has the advantage of taking place in several towns on the island. Most of the festivities take place in Santa Cruz, but the cities of Puerto de la Cruz, Guimar, Candelaria, Los Cristianos, Los Gigantes or Tacoronte also host events. The capital has a carnival between 3 and 14 February, but the island of Tenerife is in celebration throughout the month of February.

During Tenerife's carnival, one can enjoy the Grand Gala for the Election of the Queen or the Burial of the Sardine. Every year, there are nearly 500,000 people on site to discover the joys of carnival. 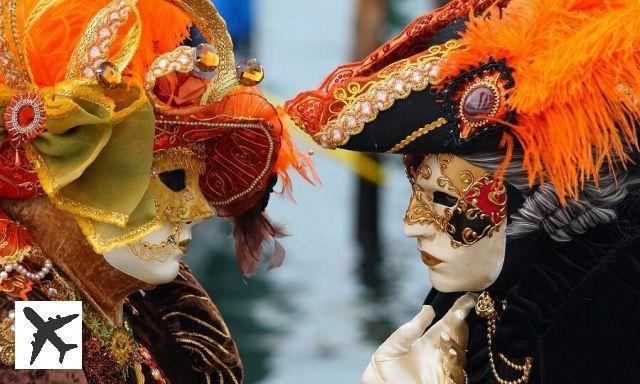 How can we not talk about carnival without mentioning the Venice carnival? Impossible! A tradition that dates back to the Middle Ages. The opening of the carnival (the most popular version) begins with the Feast of the Marries. There is also the Flight of the Angel and the Flight of the Eagle as well as the election of the most beautiful costume. The fame of the Venice carnival is due to the famous Venetian masks and its balls. An elegant carnival, full of mysteries that attracts many tourists every year. 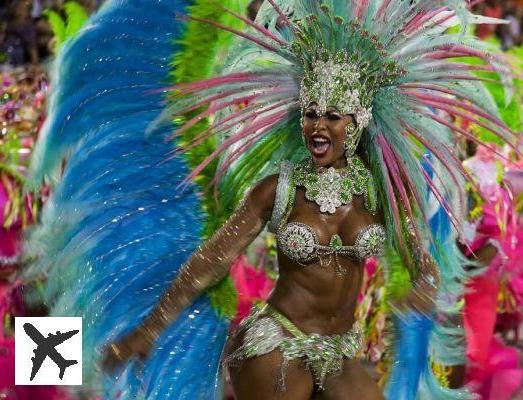 The Rio de Janeiro carnival is also an event known to all. For the 2016 edition, it will be held from 5 to 9 February. It is an opportunity for students from samba schools to parade through the streets of the city and receive marks from the carnival jury. Even if visitors can only watch the parade, the atmosphere, music and dance offer an unforgettable show for those lucky enough to get there. Notice to amateurs. 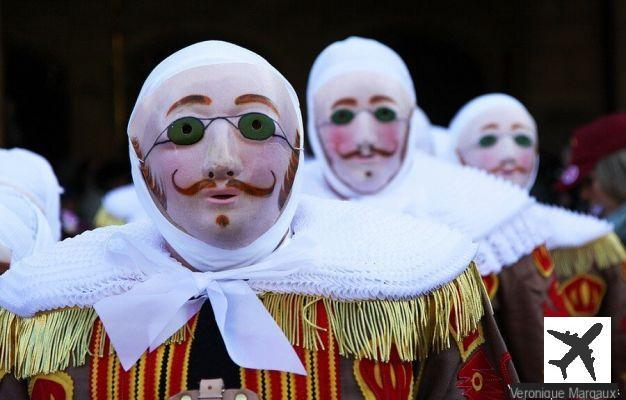 The Binche carnival is renowned and classified as a UNESCO Oral and Intangible Heritage site. A sure value to spend a pleasant moment. On the spot, you will be able to discover masked people, original parades with men dressed up as women without forgetting the children's day. The highlight of the show takes place on Mardi Gras with disguises made of hats, ostrich feathers with bells and straw galore. The Gilles then do the show in the Belgian city. 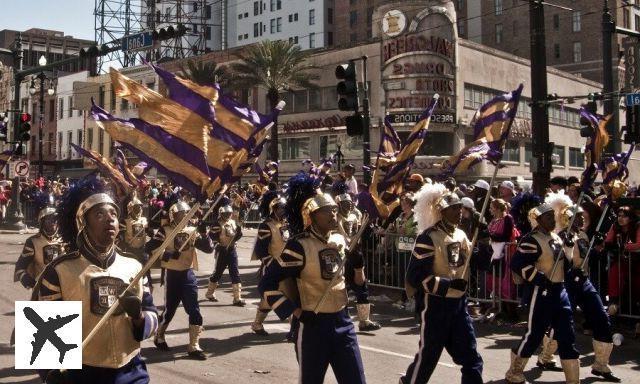 The electric atmosphere of New Orleans is at its peak during the carnival. Although the best known date is Mardi Gras, February 9, 2016, other festivities take place as early as January. For example, on January 6, there will be a parade in the French Quarter. On January 10th, you will have the Poseidon parade, etc. Find an atmosphere of madness with floats, costumes, brass bands with trick-or-treating and gold coins. A carnival renowned for partying and tasting the warmth of Louisiana. 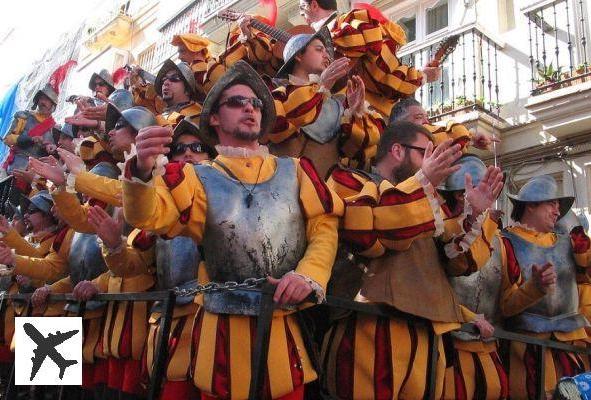 The carnival of Cádiz in Andalusia is a great place to have fun with friends and family. A general good mood takes over the city. Parades of people in disguise follow one another and the music resounds in the streets. Everyone plays the game, a communion between the participants, tourists and inhabitants. A mixture that goes fishing to enjoy life in all its simplicity. 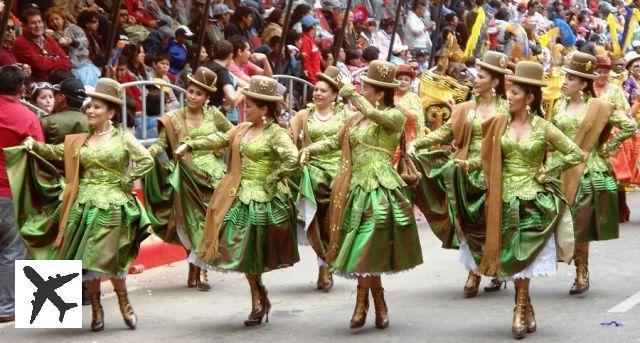 Another carnival classified as a UNESCO intangible heritage site is in Bolivia. The Oruro carnival is the most important event of the year in the country. Events that combine colours, dances, parades, water balloons and foam battles. 200,000 spectators attend the carnival parade every year along the 4-kilometre route. 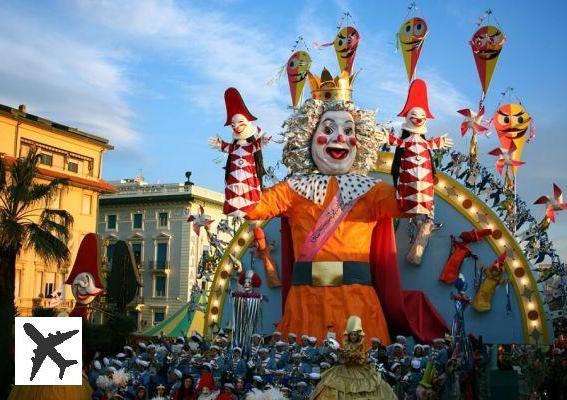 In Italy, you have the Venice Carnival and the Viareggio Carnival. The city of Tuscany welcomes every year hundreds of thousands of people to admire the parade of the floats and giant figures made of pasteboard. A cheerful atmosphere for an enchanting moment for young and old. 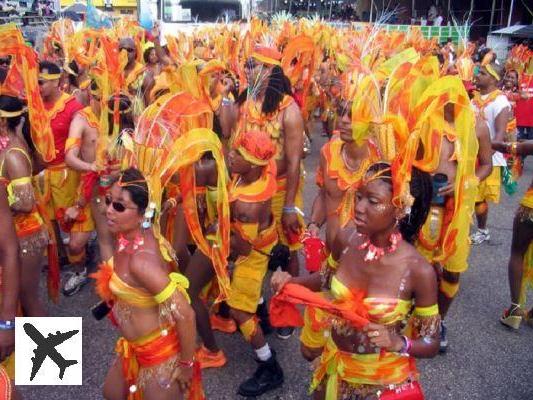 A few days are enough to set fire to the carnival in Trinidad and Tobago. This small Caribbean island of 1.3 million people hosts a costume parade and offers everyone the opportunity to dance in the streets. Here you can try your hand at traditional dances such as calypso and soca to the music played by steel bands. 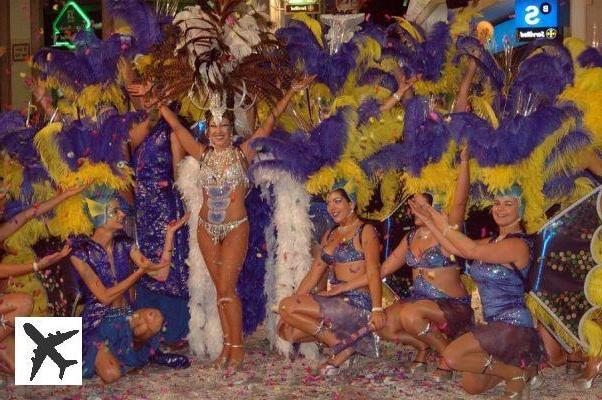 Come to Catalonia in the small town of Sitges for one of the oldest carnivals in Spain. A worldwide fame that attracts many people every year. Colours, fantasy, feathers and sequins are found there. A stronghold for the gay and lesbian communities who come together for a week to celebrate.

For one month, the people of Las Palmas and tourists can enjoy the many parades, music and costumes of the participants. A famous carnival that places the Canary Islands at the center of the festive places during this period. Go there to enjoy the festivities put on! 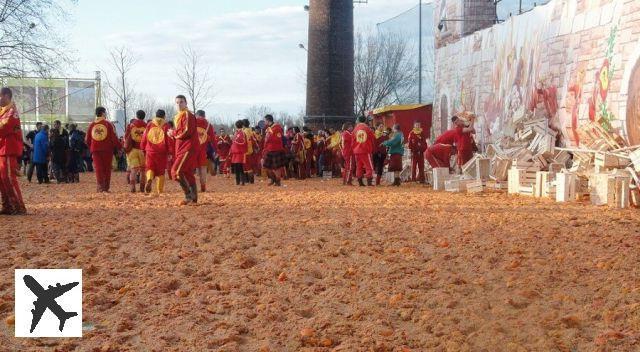 Even if you don't necessarily know the name of the Ivrea carnival, you've probably heard of the Battle of the Oranges. During this carnival, the participants fight each other by throwing almost 400 tons of oranges at each other. A struggle between the different districts of the city of Ivrea. An extraordinary spectacle that is not without reminding us of the Tomatina. 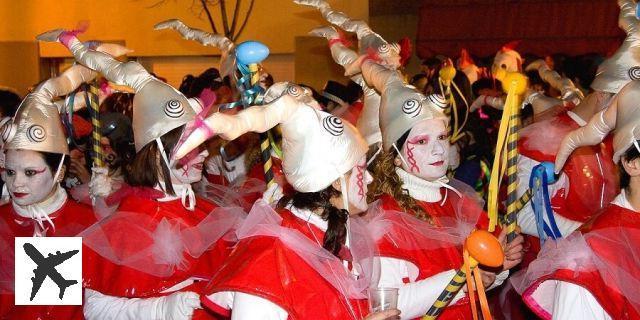 Another well-known carnival is held in Catalonia. The carnival of Terra Endins in the town of Torelló lasts a whole week. On the program, an original parade where men dress up as women and vice versa. We also discover the disguise of the edition as well as the famous burial of the Sardine. 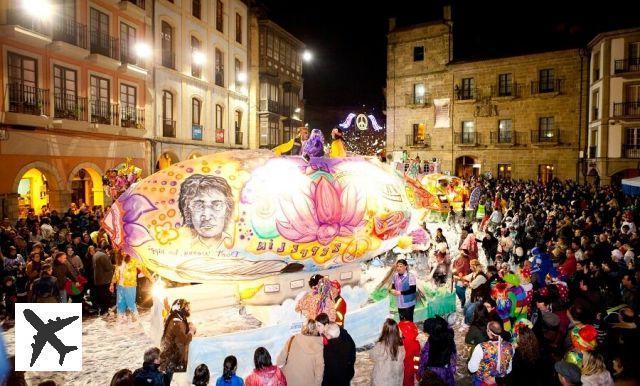 The carnival of Gijon or traditionally called Antroxu, takes place every year for a few days in February. On the spot, you can enjoy the parade of children in disguise, the brass band competition, the parade of carriages, the burial of the Sardine, etc... 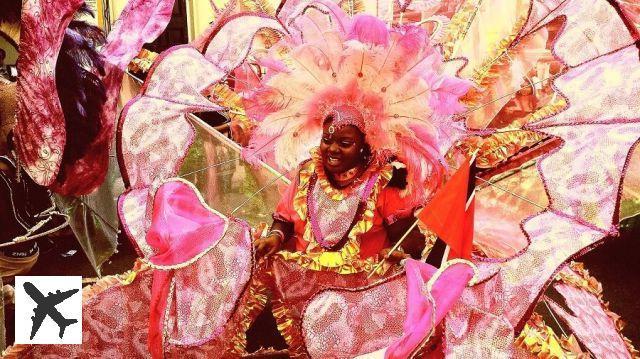 Every year, London's famous district is rocked by carnival parades with Caribbean influences. You can take advantage of the warmth of the English capital to sway to exotic sounds and enjoy the colours of the carnival!

Audio Video The 15 most beautiful carnivals in the world
We are a group of friends and... we love to travel! That's why we have created ForTravelovers.com, a website designed to share our experiences so that you too can travel around the world. Here you will find advice so that you can organize a trip in an easy and safe way; moreover, we will recommend you essential places in the world so that you know what to do and what to see in each destination. Here your trip begins! 😉
The 13 most beautiful Christmas markets in the world ❯

The 9 most beautiful chalets for rent in Tignes

Airbnb: how to appear in the Airbnb for Work search

Where to stay in Sète?

50 words and phrases to learn in English for traveling

Everything to SEE and DO in Costa Rica - [with ROUTE, MAPS and TIPS].