The Cloud Train in Argentina

Tren a las Nubes: take a mythical train in Argentina

Located at 4000 meters above sea level in the Andes, the Tren a las Nubes or "Train of the Clouds" is one of the highest railways in the world. It begins its journey from the city of Salta, Argentina, at an altitude of 1187 metres, crosses the Valle de Lerma, enters the Quebrada del Toro and finally ends its journey at the Polvorilla viaduct (at 4220 metres). During the 16-hour journey, the train covers 217 km and climbs an impressive 3,000-metre difference in altitude. It crosses 29 bridges, 12 viaducts, 21 tunnels, takes two helical loops (railway technology for climbing steep slopes) and two bends (or zigzags). The Cloud Train takes its name from the many clouds that are often seen under bridges and on mountain slopes.

Read also: The 10 most beautiful train journeys in the world 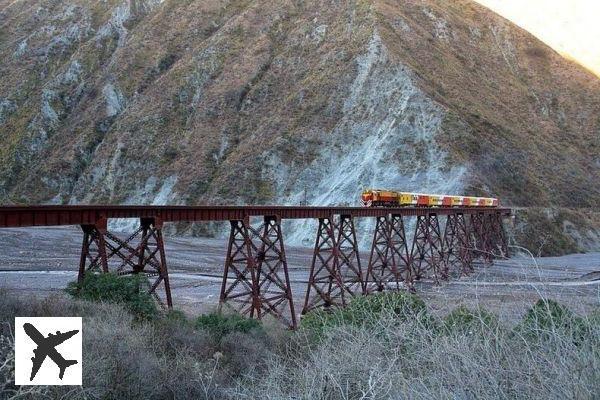 The route was established in the 1920s by the American engineer Ricardo Fontaine Maury, who was in charge of the project. He designed a unique system supported by various structures (bridges, tunnels, etc...). The zigzags (or laces) allow the train to climb the mountain by going up and down parallel to the slope. Maury did not use a funicular or rack railway, which are normally used for steep slopes, relying instead on zigzags to gain altitude.

The Cloud Train was originally built to serve the region's borax mines, transporting goods from the coast of Chile through the Andes to northwest Argentina. The train started taking tourists in the 1970s. 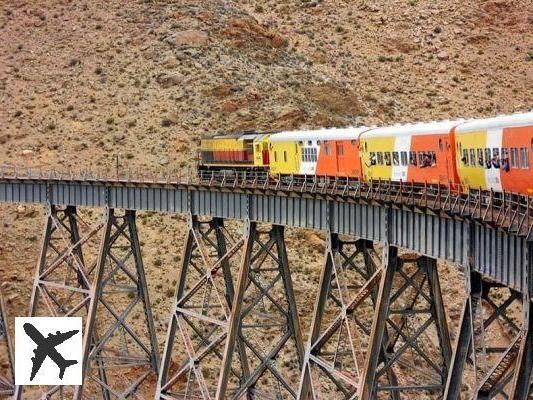 The train leaves the city of Salta early in the morning (at exactly 7:05 a.m.), crosses the Lerma Valley, then the Quebrada del Toro and finally the vast territory of the Puna. The train makes only two stops, practically at the end of the journey. The first is in San Antonio de los Cobres, an old town with a small market. It is one of the highest villages in the country at 3760 m. There you will find picturesque stalls offering handicrafts, clothes and souvenirs to take home. The second stop and terminus is the spectacular Polvorilla viaduct. The curved viaduct is 224 metres long and 70 metres high and overlooks the valley.


The train crosses the viaduct and stops before setting off again, ready for the return journey. At the final destination, passengers can get off the train, feel the clean, cold air on their faces, walk slowly to accustom their bodies to the altitude and take pictures. The journey back to Salta ends in darkness and arrives in Salta just before midnight (23:48 exactly).


The Cloud Train operates from April to November. From December to March, there is the Tren del Sol, which runs from Salta to the station of Diego de Almagro, at an altitude of 3,500 metres.

The price: it costs about 120€ to make the round trip on the Tren a las Nubes. Some travellers say that the price is too high, but this train ride is mythical and if you have a free day in Salta, why not spend it aboard the Cloud Train, to reach the Argentinean summits? 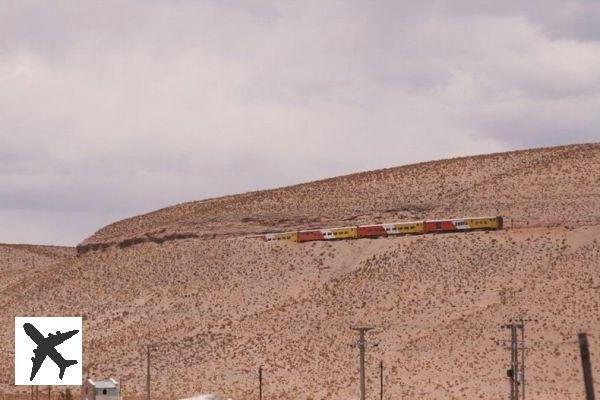 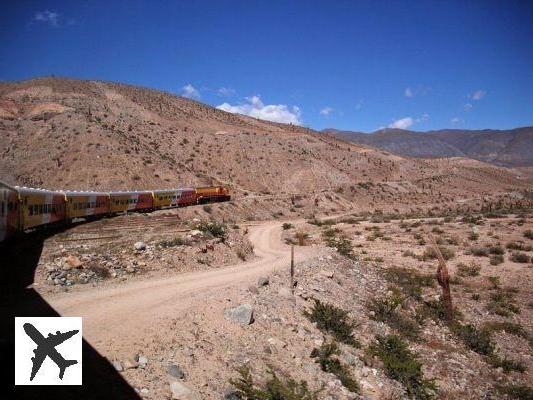 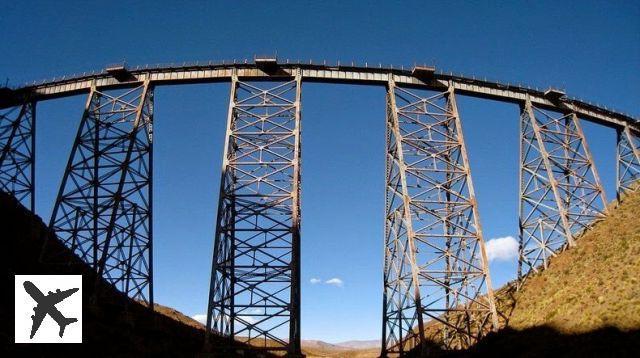 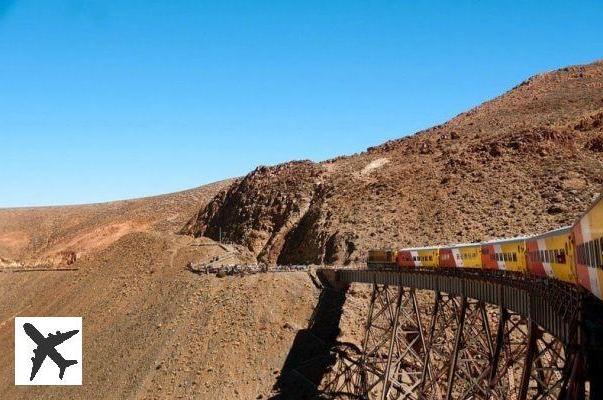 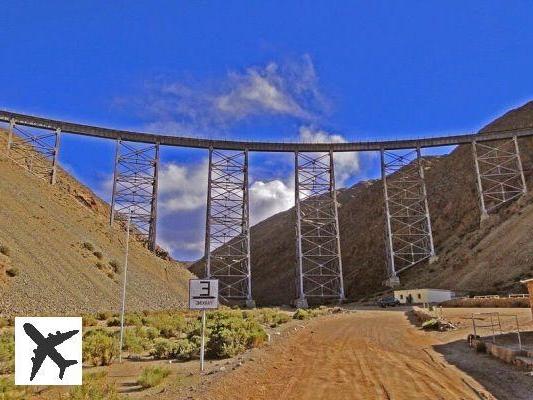 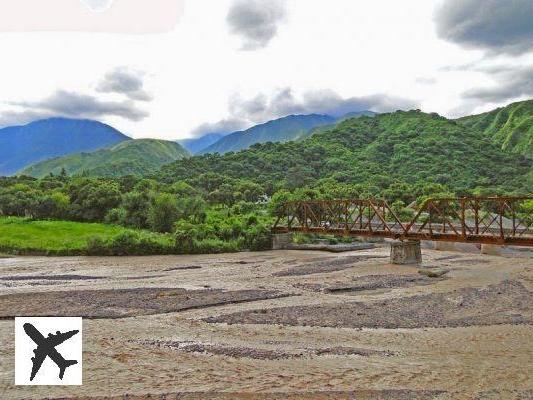 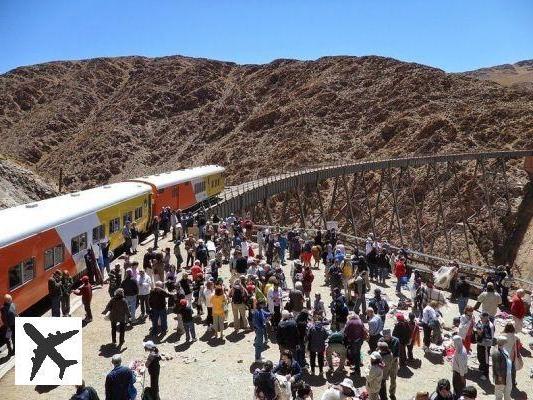 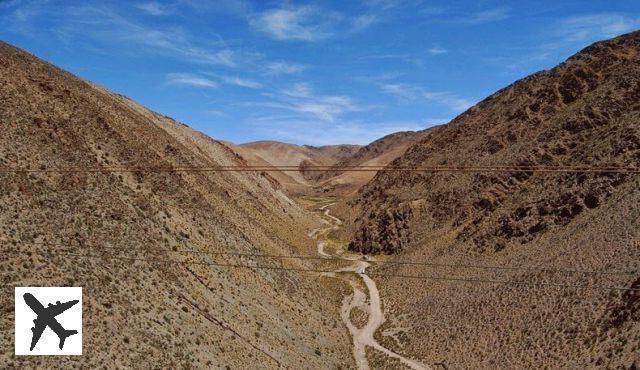 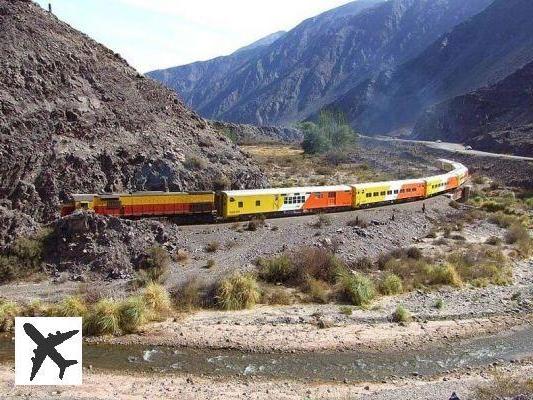 Audio Video The Cloud Train in Argentina
Cheap parking in Munich: Where to park in Munich? ❯

Where to stay in Bariloche – 21 hotels in the best regions

How is the Recoleta Cemetery Tour in Buenos Aires

Caminito Buenos Aires – What to do, how to get there, where to eat and where to stay

What to do in Bariloche – Best attractions in winter and summer

add a comment of The Cloud Train in Argentina