Bibi Ka Maqbara, the other Taj Mahal of India

The mausoleum of Bibi Ka Maqbara is located in Aurangabad, India.

Did you know that India has not one but two Taj Mahals? Indeed, there is a monument identical to the Taj which stands in the town of Aurangabad in the Maharashtra region. It is a mausoleum called Bibi Ka Maqbara (" Lady's Tomb ") built by Prince Azam Shah, the son of Mughal Emperor Aurangzeb, between 1651 and 1661, in memory of his mother, Dilras Banu Begum.

Bibi Ka Maqbara draws its inspiration from the famous Taj Mahal of Āgrā built by none other than the grandfather of Prince Azam Shah, the Mughal Emperor Shah Jahan in memory of his wife Mumtaz Mahal ("the light of the palace"). Azam Shah intended to build a monument that could rival the Taj Mahal. Unfortunately, he lacked the treasury that his grandfather had access to, as well as the skilled labour that this treasury was able to buy, resulting in a pale copy of the latter. Nevertheless, the Bibi Ka Maqbara is an architectural marvel with intricate patterns, beautiful carvings, an imposing structure and a beautiful Mughal-style landscaped garden. Because of its strong resemblance to the Taj Mahal, it is affectionately known as the "Taj of the Deccan".

The mausoleum is located in the centre of a vast enclosure measuring approximately 458 metres by 275 metres, with axial basins, fountains and irrigation channels, many of which are delimited by stone screens and lined with wide paths. The garden is enclosed by high crenellated walls decorated with arches. These are separated by pilasters crowned with small minarets, and pavilions open on three sides are placed at regular intervals. The mausoleum itself is built on a high square platform with four minarets at its corners, exactly like the Taj Mahal, which is accessed by a staircase from three sides. The main bulbous dome of the Maqbara is, however, smaller than the dome of the Taj Mahal and its minarets are smaller.


The Bibi Ka Maqbara is a beautiful piece of architecture, which deserves to be seen, but it pales in comparison to its famous ancestor. While the monument of Agra is made entirely of pure white marble, the mausoleum of Aurangabad is wrapped in marble only at the level of the panelling. Beyond that, it is covered with a thin layer of polished plaster giving it a marbled appearance. The walls of the Bibi Ka Maqbara are also slightly darker in contrast, giving the mausoleum a dull appearance compared to the Taj. According to records, the Bibi Ka Maqbara cost Alam Shah 700,000 rupees (€9,150) to build. By way of comparison, the Taj Mahal was built at a cost of around 32 million rupees (€418,530) at the time (the values are period values). This is probably another reason why the Bibi Ka Maqbara is often referred to as the "Taj of the Poor".

This being said, the monument remains superb. 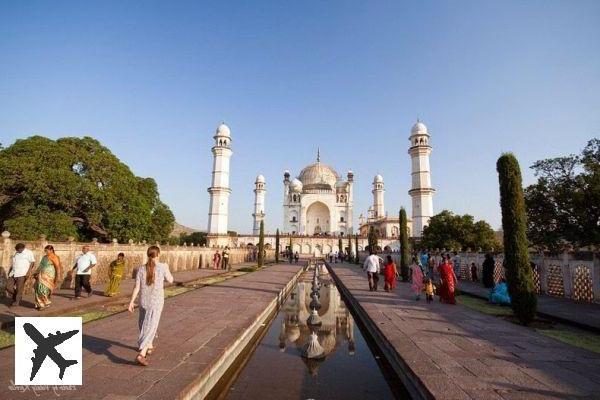 The low status of the Bibi Ka Maqbara results from the lack of architectural interest of Aurangzeb (ruler of the Mughal Empire from 1658 to 1707). From the beginning, Aurangzeb was not in favour of the construction of such a sumptuous monument as the Taj, and he prevented its construction by blocking the movement of marble from Rajasthan and other parts of the Mughal Empire. But his son Shah Alam was determined to have a monument in honour of his mother that could rival the Taj. Somehow Alam Shah got the better of his father, who eventually gave in.


Legend has it that in 1803, Nizam Sikander Jahan was so captivated by the Maqbara that when the city of Aurangabad and the region of Marathwada were annexed to his kingdom, he planned to move the Maqbara to his capital, Hyderabad. He even ordered the dismantling of the structure, slab by slab. But somehow he had had a premonition of the misfortunes that might befall him. He stopped the work and had a mosque built as a penance, which is still to the west of the main structure. 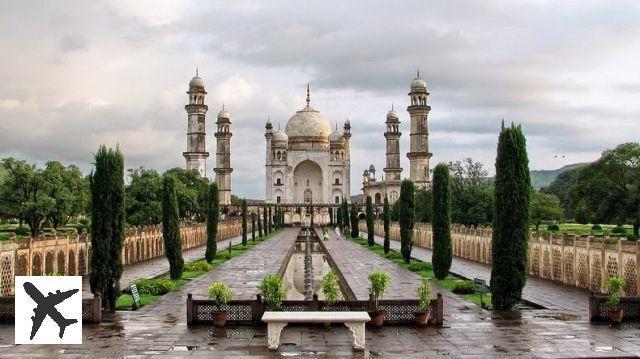 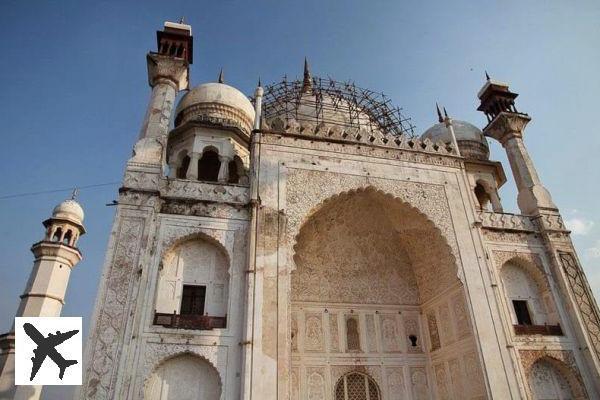 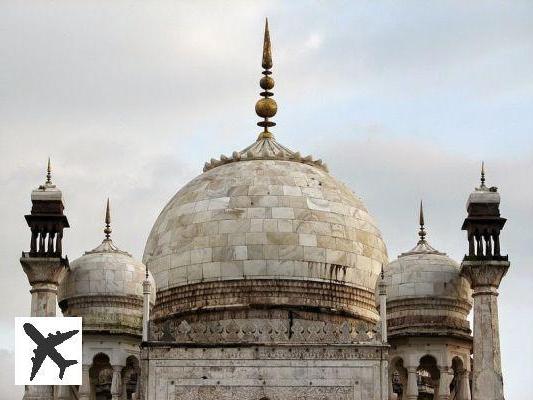 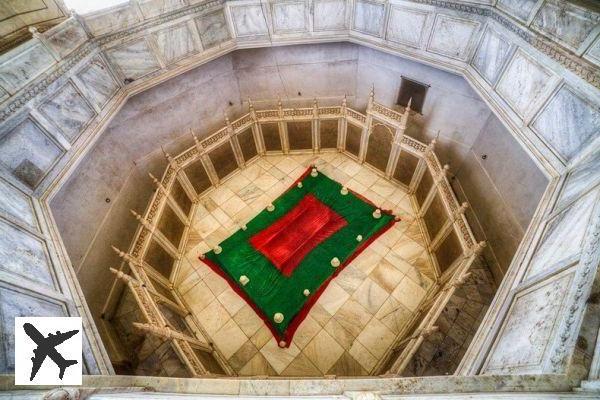 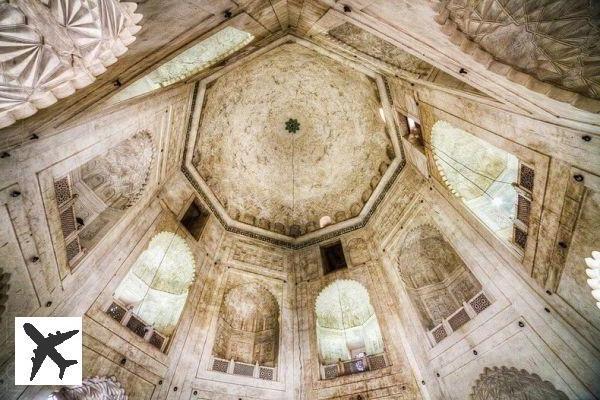 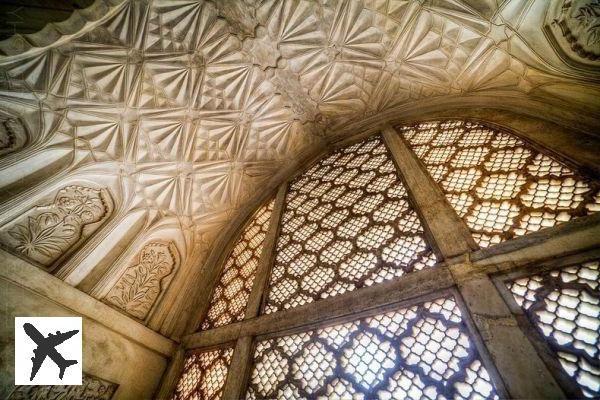 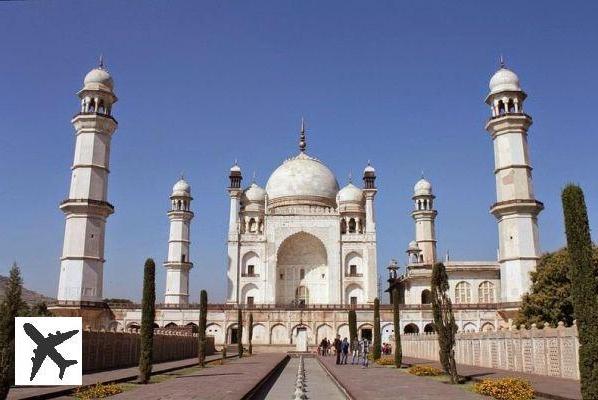 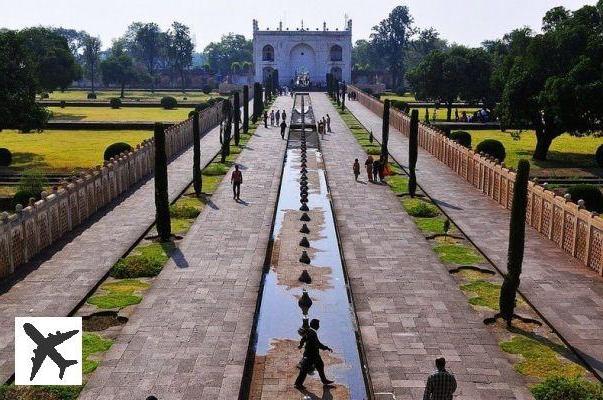 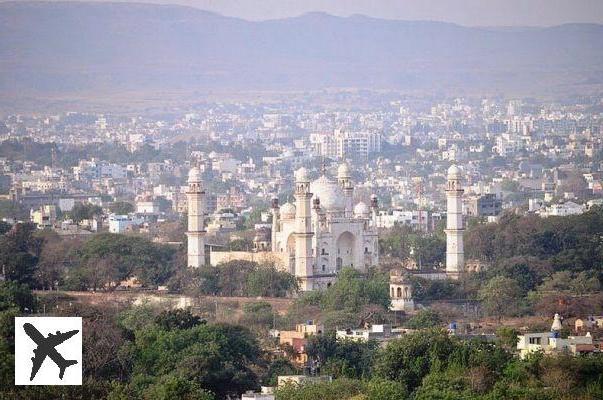 Were you aware of the existence of a sister construction to the Taj Mahal?

Audio Video Bibi Ka Maqbara, the other Taj Mahal of India
For Sale Pub: an unusual bar in Budapest ❯

add a comment of Bibi Ka Maqbara, the other Taj Mahal of India