The Salto Angel waterfall in Venezuela

El Salto Ángel is the highest waterfall in the world.

El Salto Ángel (or just Salto Ángel) overlooks the Canaima National Park in southeastern Venezuela from the top of its 979 meters (19 times the height of Niagara Falls!), with water flowing down from a plateau called Auyan Tepuy (the "Devil's Mountain" in the arekuna language). It is the highest waterfall on Earth.

It is from the top of this tepuy (high plateau at the top bordered by huge cliffs) that the rio Kerep flows, crashing almost a kilometer lower (sometimes the water evaporates before it even touches land). 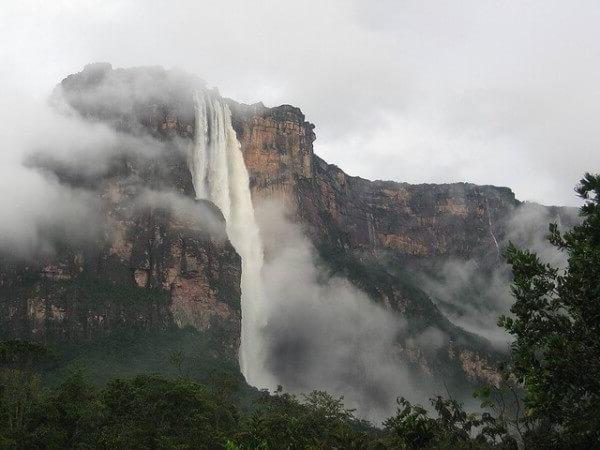 Contrary to what one might think, "Salto Ángel" does not mean "angel's leap": "salto" meaning "waterfall" in Spanish and "Ángel" coming from the name of the aviator Jimmy Angel who first flew over the falls in 1933. Before they were renamed, the falls were called Kerepakupai Vená, which means "waterfall of the deepest place". At the time, Jimmy Angel was working for a mining company to find a supposed "river of gold".

But it is only in October 1937 that the story becomes interesting. After 15 days of meticulous scouting to find a correct landing strip, Jimmy Angel and his team, aboard a small Ryan/AMAC G-2-W Flamingo plane named El Rio Caroni, crash on top of the Auyan Tepuy. Only the plane is damaged in the accident. Declared for dead a few days later, they will still manage to get down from this huge boulder. This "adventure" will make Jimmy Angel a legend in the following years. Today, the plane El Rio Caroni is a national monument and is located at the airport Tomás de Heres in Ciudad Bolívar. 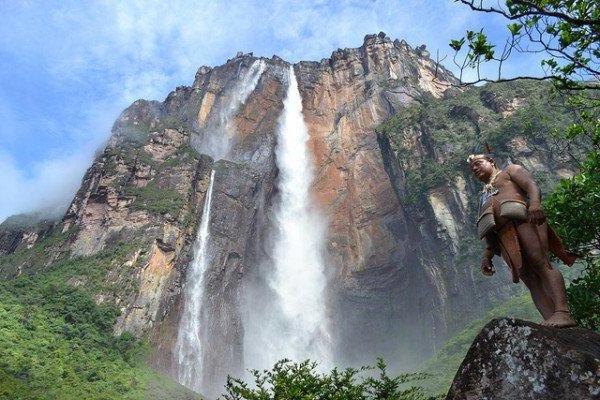 Gettingthere: After first flying to Puerto Ordaz or Ciudad Bolívar to reach the park, visitors are taken to the foot of the falls by guides in canoes. You will find many agencies offering treks with guides to get there, on the internet in particular. The ideal is to go there during the rainy season, because in the dry season there is sometimes not enough water and you have to carry the pirogue at times.


Getting to the Salto Angel requires some trekking, so it is a perfect site for adventurers. If you have the slightest chance to go there, do it, it's really worth it.

And here are more pictures of the falls: the landscape is breathtaking, and it's a real land of adventure! 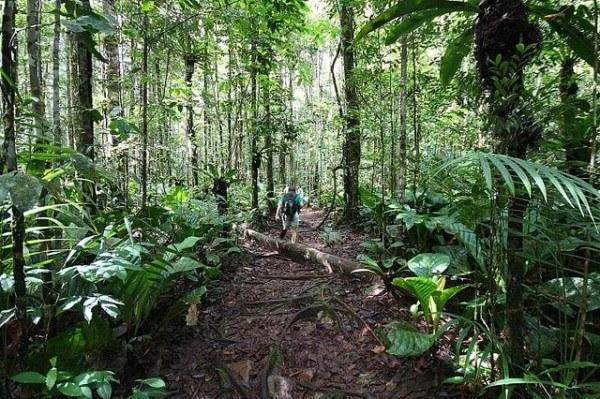 Trek in the jungle -

Did you know the Angel Falls (Salto Angel) ?

Monte Roraima – Everything you need to know before visiting

add a comment of The Salto Angel waterfall in Venezuela