The Church of St. George in the Czech Republic and its terrifying statues

The Church of St. George in Lukova contains an extraordinary work of art!

On the Internet you can have fun looking for the most frightening places on the globe and for lovers of big thrills and chills there is plenty to keep you busy. But have you ever visited St. George's Church in Lukova, Czech Republic? It is quite possible that you will not come back unscathed, as this place has been abandoned by men and time will be at your throat.

Built in the 14th century, St. George's Church in Lukova was abandoned in 1968. At that time, the roof collapsed on the faithful who had come to attend a funeral. Almost 32 victims in total.

The people of the village of Lukova saw this tragedy as a grim omen and never returned to the church again. More than 50 years after the events, while the church building is still under threat of destruction, a Czech artist came up with the idea of placing 32 statues of figures draped in plaster on the pews that were left as they were. Each "ghost" of this past represents a faithful person who came to pray before the 1968 tragedy. 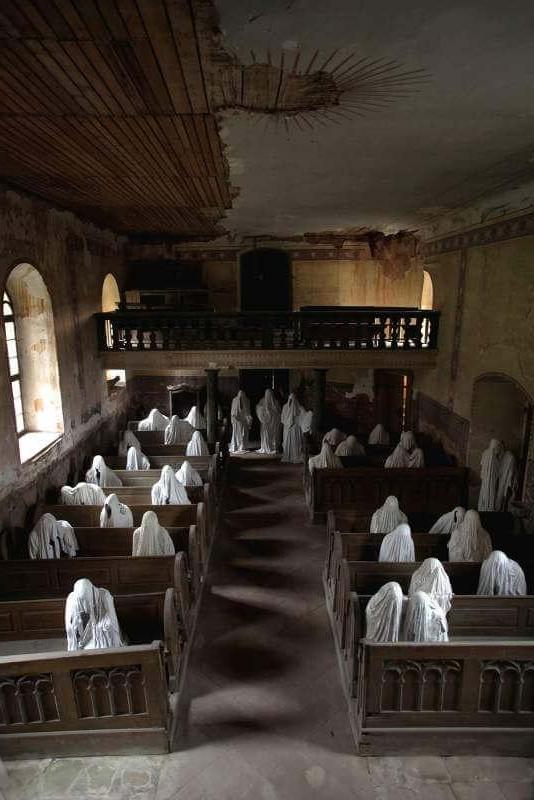 It was the artist Jakub Hadrava who had the idea of "reviving" these ghosts of a bygone era. The plaster statues occupy the benches, their heads bowed as if they were in full contemplation or meditation. These statues represent wandering souls who have not found rest after the drama.

Thanks to this permanent exhibition by the artist Jakub Hadrava, the show is quite bluffing, edifying, surprising, almost glaucous and yet quite exceptional and singular. The effect is successful: the mysterious white ghosts, frozen in time and space, replace the faithful, and you can come and sit beside them for a moment of remembrance and contemplation. 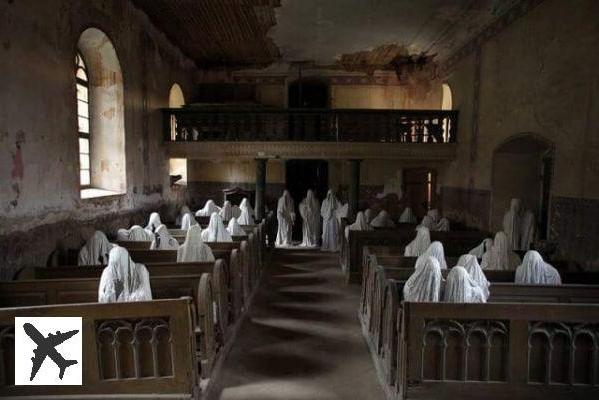 St. George's Church in Lukova, located in the Bohemian region in the north-western part of the Czech Republic, is one of those so-called haunted places, forgotten by the rest of the world, and it is also an opportunity to remember where you come from, to discover or rediscover the history of a population, a town. This place, at first glance terrifying, is nonetheless magnificent and fascinating.


The church, which has become a major tourist attraction, now generates revenue to preserve the site. Tourists flock from Germany, Australia, Brazil to discover this unique work of art and also to make a donation to renovate this sanctuary that came out of the grave, some would say.

Whether or not you believe in ghosts, it is quite possible that you will not enter a church in the same way after having seen this art exhibit and this church still so alive. 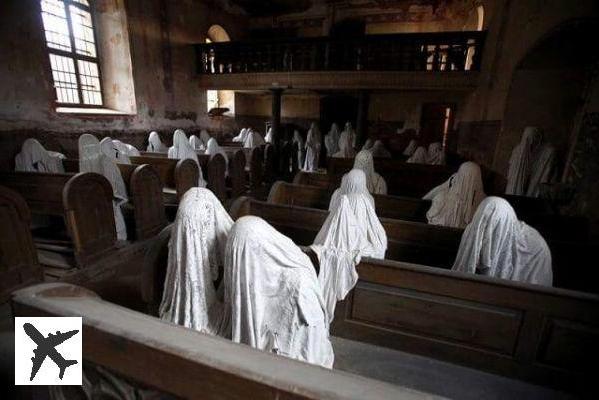 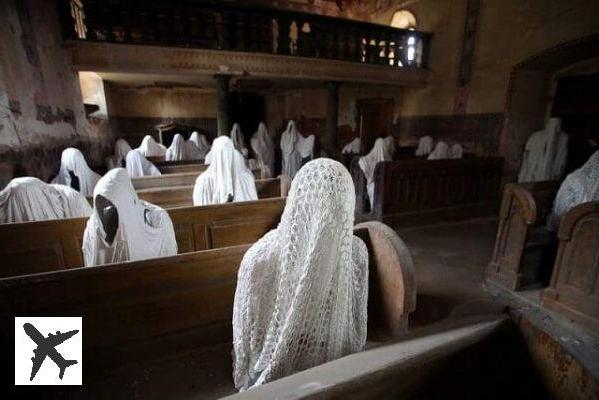 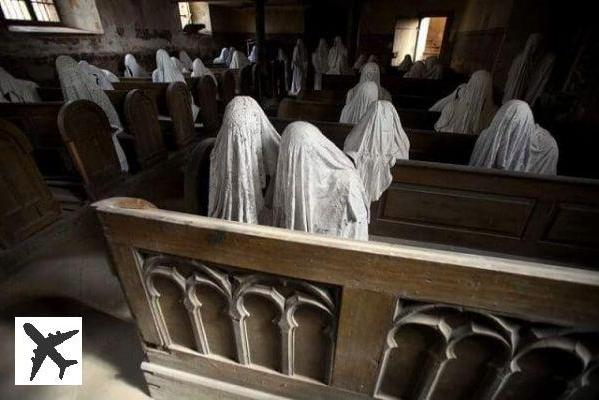 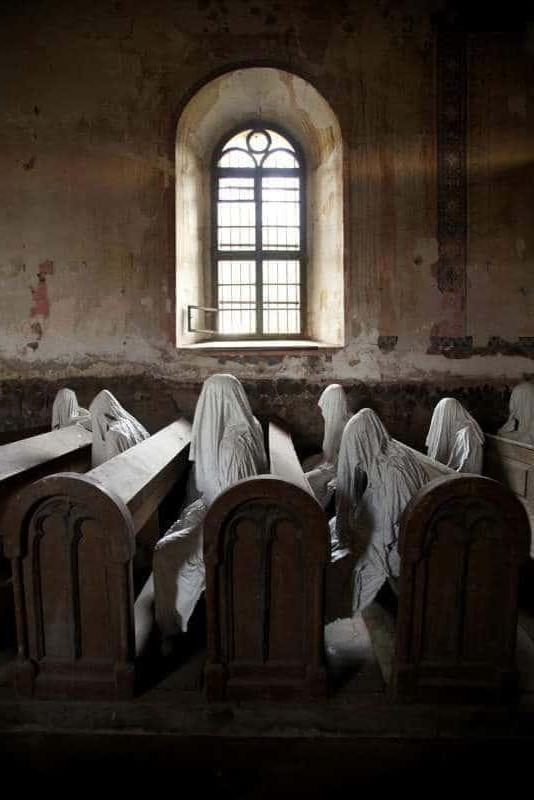 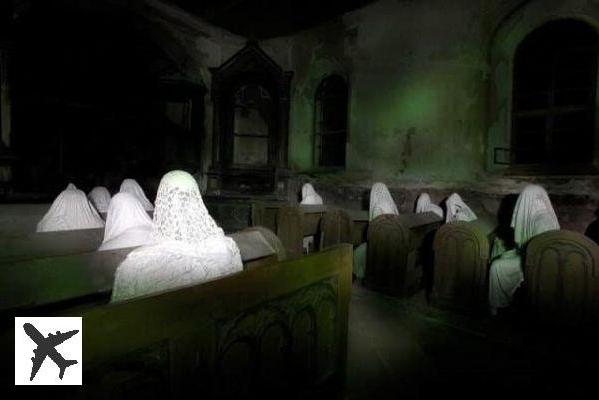 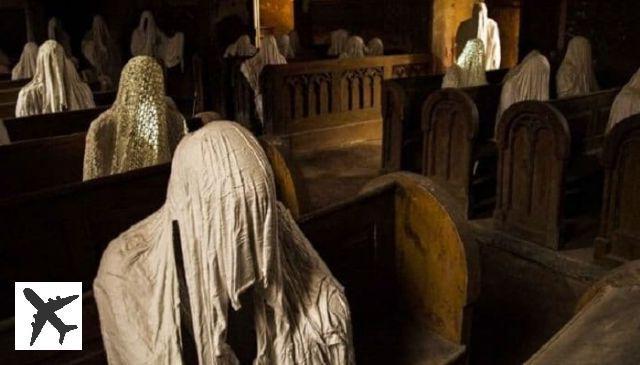 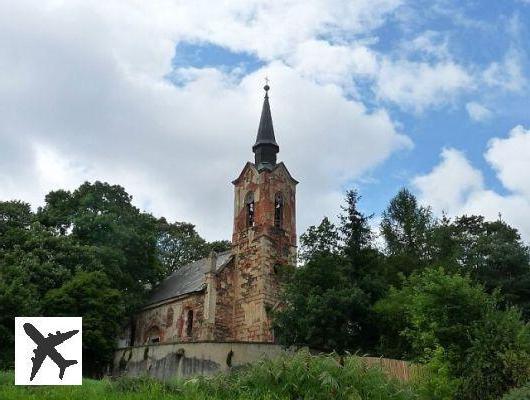 Photos via The Infinite Beauty of Decay, Frank Zumbach, radio.cz

Audio Video The Church of St. George in the Czech Republic and its terrifying statues
In which neighborhood to stay in Punta Cana? ❯

What to do in Prague from 1 to 5 days

add a comment of The Church of St. George in the Czech Republic and its terrifying statues