Archeï, its dromedaries and its guelta

La Guelta d'Archei is an oasis, or rather a guelta, in the heart of the Sahara desert. A guelta is a basin where water has accumulated following a flood or heavy rains causing the creation of a basin. The one we are interested in here is located in the Ennedi Plateau in northeastern Chad, hidden behind a canyon. Its waters are sheltered by the imposing sandstone cliffs typical of this region.

Every day, hundreds of camels (caravans) are gathered in knee-high water to quench their thirst and rest. The manure of the thousands of camels, which has been drained over hundreds of years, explains the blackish colour of the water. But this will in no way detract from the beauty of the place and the "spectacle". 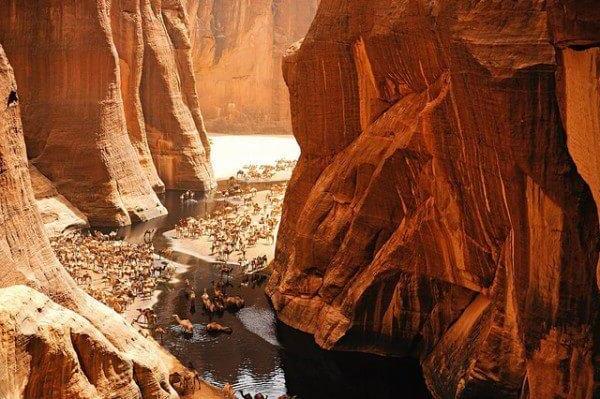 Lurking in the black water is a small group of Nile crocodiles, survivors of a wetter time when this species once thrived in much of today's Sahara Desert and in the marshes and rivers along the southern Mediterranean coast. La Guelta d'Archei is home to one of the last known colonies of Nile crocodiles in the Sahara Desert. The crocodiles feed on fish, which themselves survive on algae that grow in the waters fertilized by camelid feces. La Guelta d'Archei is a true zoological wonder.

At the top of the cliffs there are cave paintings, dating from the middle of the Holocene, which testify to the great age of the guelta. During the same stay in the surroundings, you can also admire the great arch of Aloba.

La Guelta d'Archei is an arid place, far from the beaten track. To reach it requires theuse of a 4×4 and a journey of at least four days from N'Djamena, the capital of Chad. Then a hike of a few hours will bring you to the place you can see on these pictures. 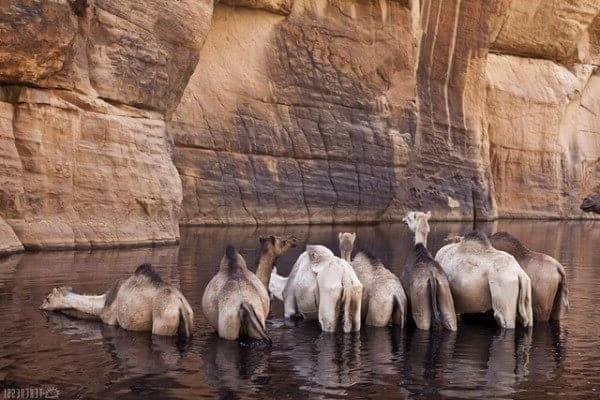 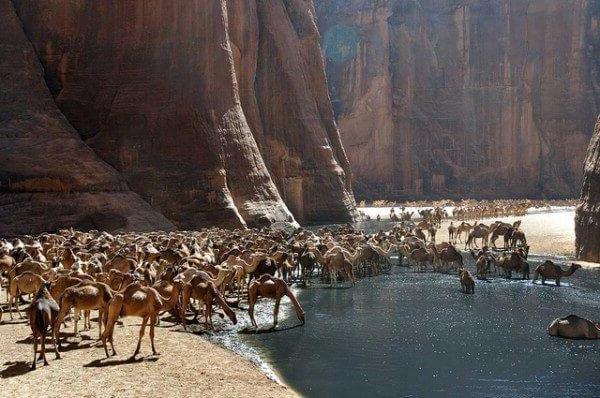 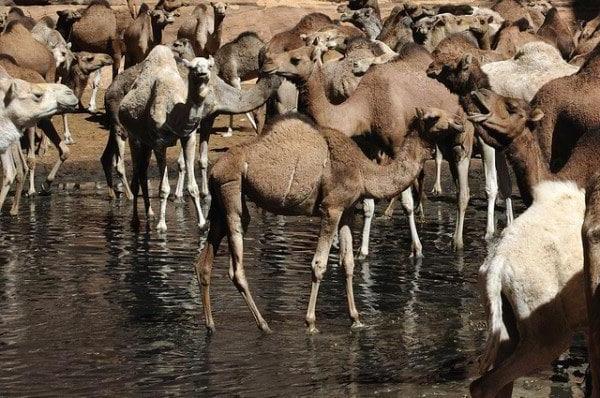 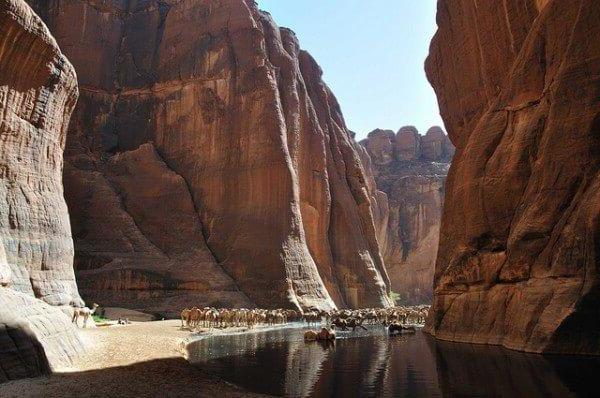 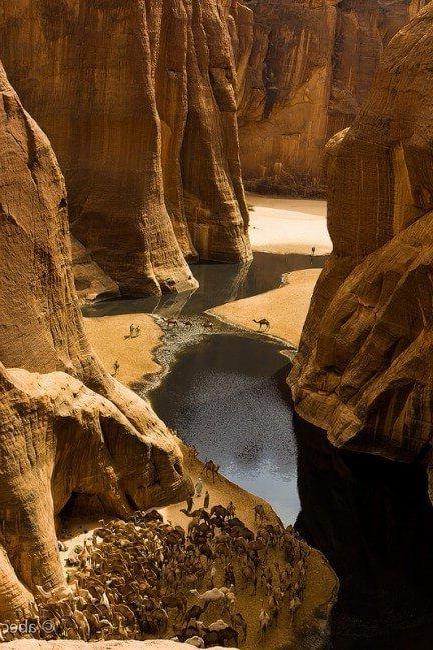 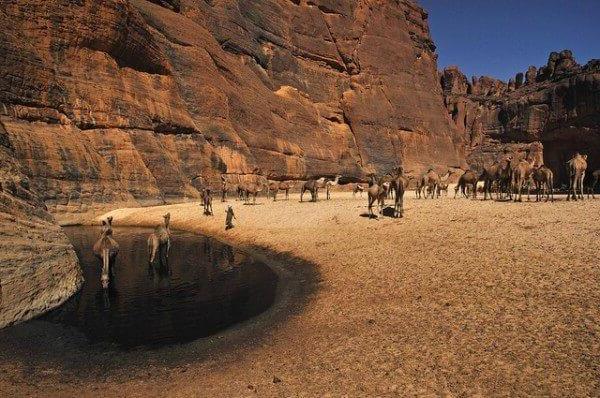 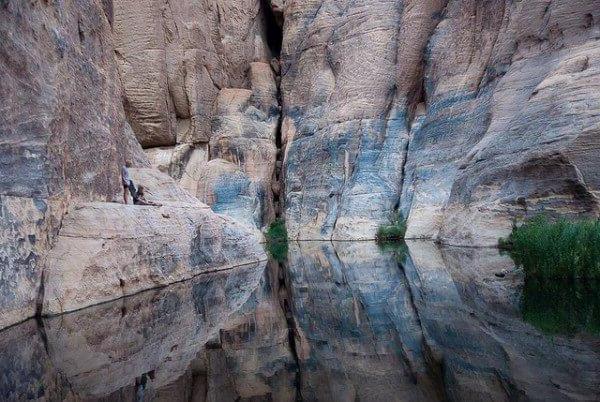 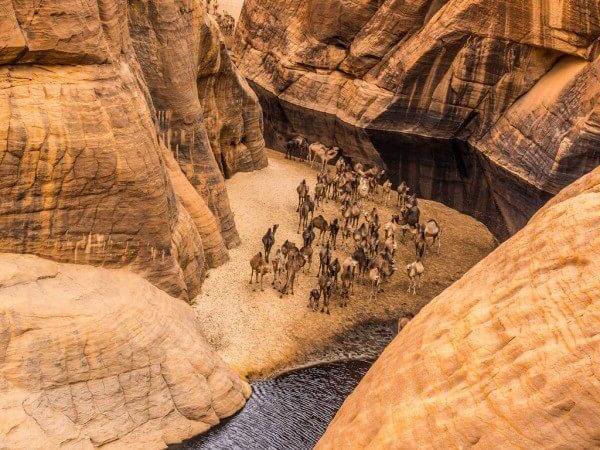 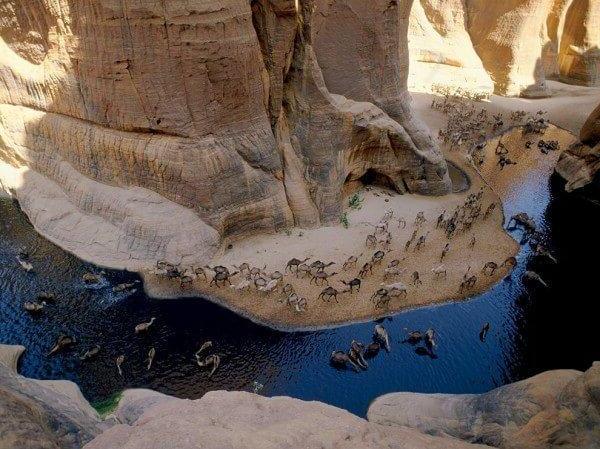 With such views and such a beautiful setting, would you be ready to make the long journey to Archei?

add a comment of La Guelta d'Archei, a surprising oasis in Chad