The tiny town of Haid Al-Jazil was built on a rock and looks like a fantastic movie set!

If you like incongruous villages, if you like to feel as if you are transported to another world, if you want to live in a fantastic landscape, just out of the imagination of a science fiction author, then the village of Haid Al-Jazil is the place for you.

Situated in Yemen, this completely unreal village is perched on a block of rock balanced more than 150 meters above the valley of Wadi Hadramaout. It is mainly made up of mud brick houses that blend into the natural setting. The houses then become almost invisible.

The valley, certainly made up of oases and magnificent palm groves, is above all a succession of desert plateaus that are cut by cliffs of prodigious verticality, as if Mother Nature wished to preserve this place from outside intrusions.

But the inhabitants have known how to be clever and to benefit from this extraordinary landscape, they have erected their houses with a basic material, mud and dried brick. Dried brick can withstand the sun for almost 250 years without ever crumbling or being damaged. 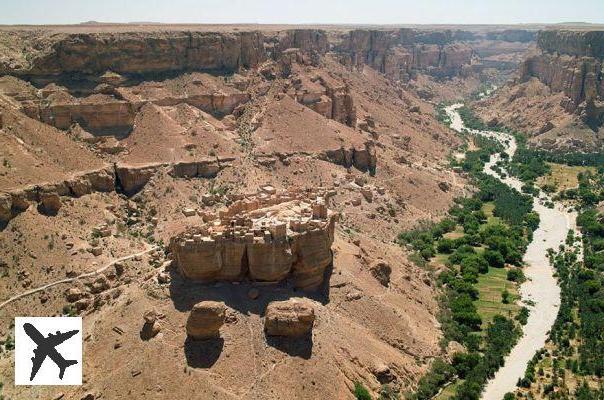 As wood is too scarce in this region, the brick is prepared from dried clay and then mixed with corn straw. The resulting paste is trampled by animals or kneaded by the inhabitants and finally moulded into wooden shapes. After a few hours, the bricks obtained are strong enough for the construction of houses and other buildings.

Solving the lack of water

Not only is it worth the detour for the landscapes that surround it, for its surrounding deserts and mountainous heights, but what is so singular about Haid Al-Jazil is that there are no water points: no lakes, no rivers.


This peculiarity of Haid Al-Jazil has led part of the local population to find some tricks as to where they live: they decided to build them high up in these seasonal river valleys, which are called "wadis". 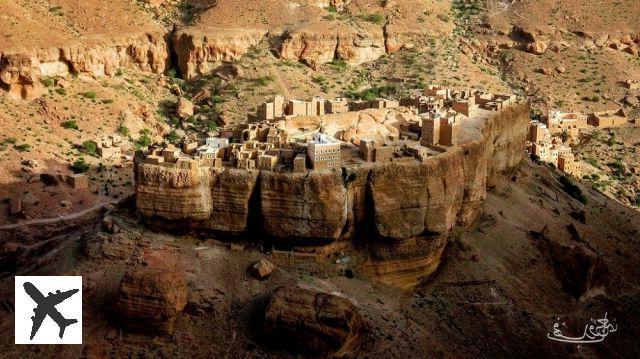 In Yemen, the problem of lack of water is very serious and it is a reality that people have to deal with every day. The high construction of these atypical houses and especially their raw material, mud, allows rainwater to be captured and to benefit from other reserves that may be available.


But the water problem has become a recurring crisis: various wars and social crises have exacerbated this problem and today, Yemen is among the 10 countries in the world with the poorest water resources.

An alarming situation that requires constant and constant adaptation on the part of local populations such as Haid Al-Jazil. It is surely one of those thousand-year-old villages that has been able to preserve its heritage and pass it on to the next generations with an incredible know-how and sense of aesthetics.

Unfortunately, the current security situation makes it impossible to travel to Yemen. To discover these decorations worthy of the Lord of the Rings, we will have to wait... but until when?