In China, swimming pools are overcrowded and the water is almost toxic.

Swimming has long been a symbol of physical strength in China, but outside of top sports schools, competitive swimming is not the preference of ordinary Chinese who prefer to make it a hobby. For most Chinese, swimming pools are simply a place to cool off, not to compete. On hot summer days, when the heat becomes unbearable, the pools explode in a blaze of colour as thousands of swimmers jump into the water to escape the scorching heat. The popular slang expression for swimming is "boiling dumplings" (type dumplings on Google) because public pools are so crowded that all you can do is stand still. 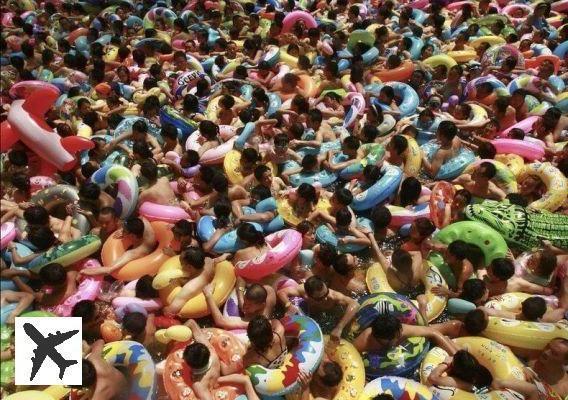 The lack of swimming infrastructure is the main reason why swimming pools are crowded in China, and because of this people cannot go swimming all year round, as we do at home as a hobby. According to the deputy head of Hongkou Public Pool, "Many local governments cannot generate enough money with indoor pools to run them year-round. »

But the number of facilities is increasing as revenues rise and private sports halls with swimming pools are proliferating. Some of these pools are huge. The "Dead Sea of China" is a saltwater pool located in Daying County , Sichuan Province, which is inspired by the real Dead Sea found in the Middle East. The pool covers an area of 30,000 square meters and can accommodate up to 10 ,000 visitors at a time.

Another pool in the Yao Stink district is capable of accommodating a staggering 230 ,000 swimmers at a time.

A toxicologist noted after taking a sample of the water that urine and feces made up nearly 90 per cent of the mixture. 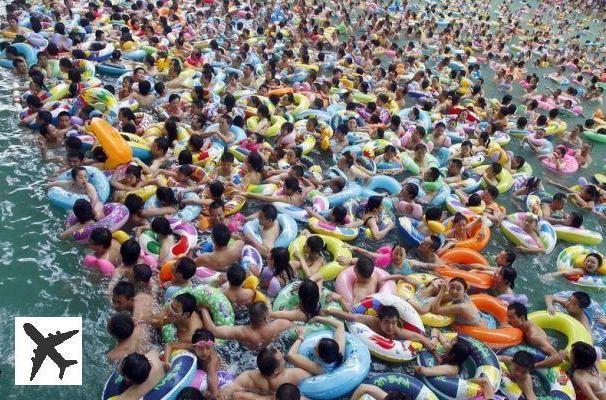 Do these images disgust you? They should... According to a report by China's Ministry of Health published in 2011, out of 5639 public pools tested in 24 Chinese provinces, 10% of them exceed the safety limit for urea levels. In case you don't know, urea comes from urine.

Research has also established that the total percentage of bacteria in a pool reached 92.3% while the E. coli bacteria level was high at 96.9%. The consequences can be fatal. In 2008, one man died and 3158 swimmers were seriously poisoned when they swallowed pool water that had been contaminated with the urine and feces of 47,000 swimmers in the giant Mao Mao municipal pool in Beijing. 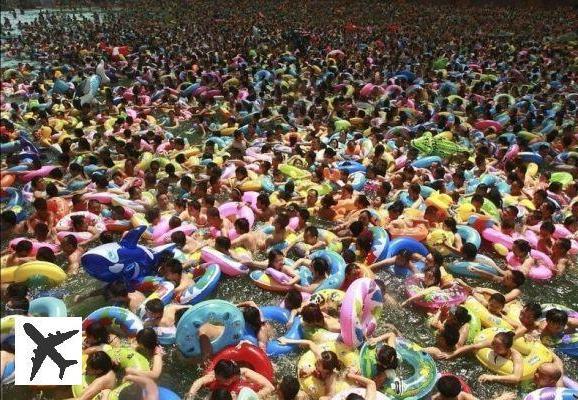 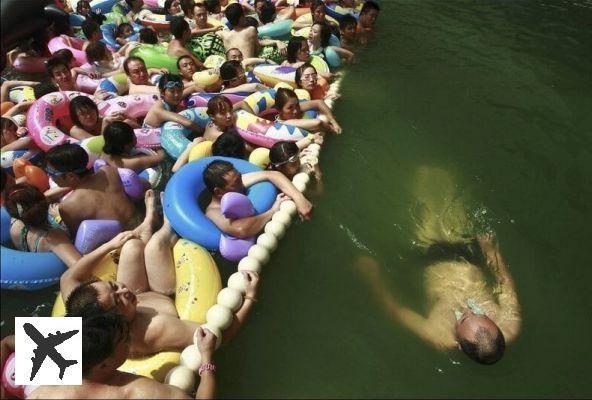 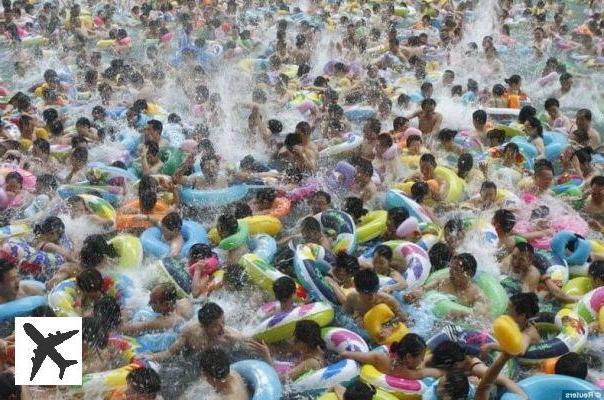 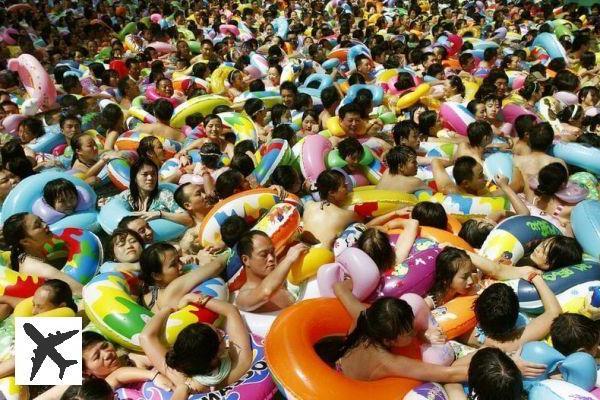 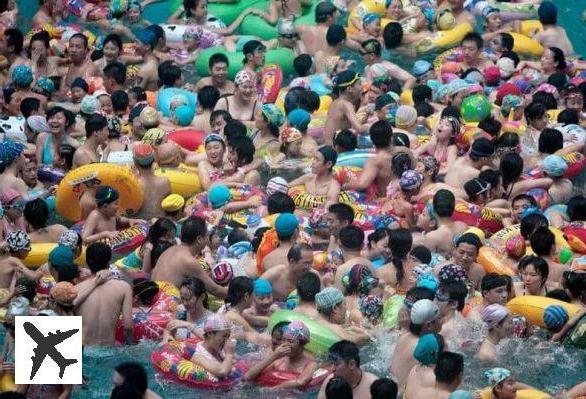 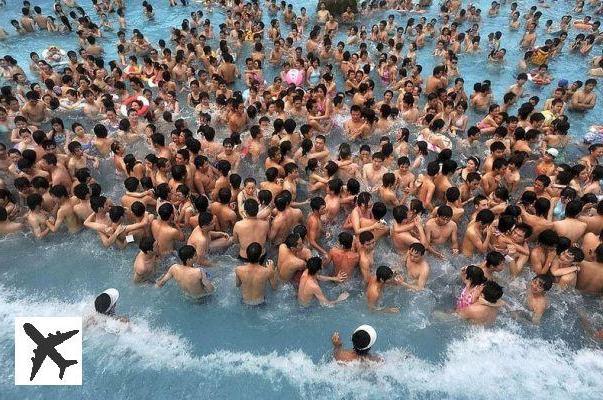 The phenomenon of overcrowded swimming pools is also common in Japan. National Geographic photographer Michael Yamashita, who captured images of a typical summer day in one of the largest water parks, Tokyo's Summerland, said :


"Most people can be horrified, dismayed, nauseated and generally disgusted by the large number of swimmers crowded into these mega-pools. There is no doubt that, given the heat, humidity and population of Tokyo in the summer, the pools are receiving record numbers of visitors and are pushing the limits of water sanitation. Japan, on the other hand, is prepared for this, and manages to keep everyone happy and cool, no matter how crowded the pool is, by moving the water rather than the swimmers.

Although not exactly conducive to doing laps, giant wave pools break with waves of a metre or more, watering immobile swimmers so they don't need to swim to cool off. Other pools have circular pools with a current that keeps everyone in the same direction. And of course, the Japanese, by tradition and habit, are probably the cleanest in the world. The water in these pools is fit for consumption! »

Maybe, but if you travel to China or Japan, avoid swimming pools in the summer! 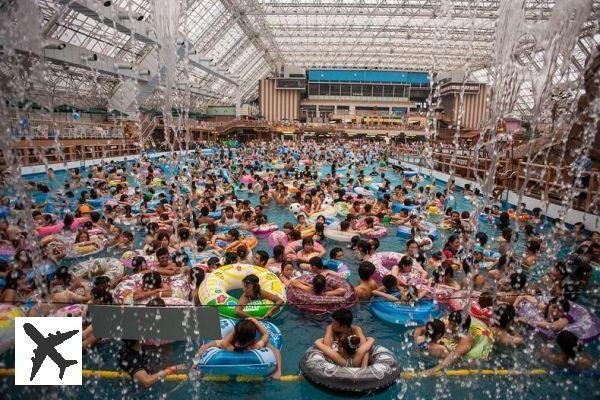 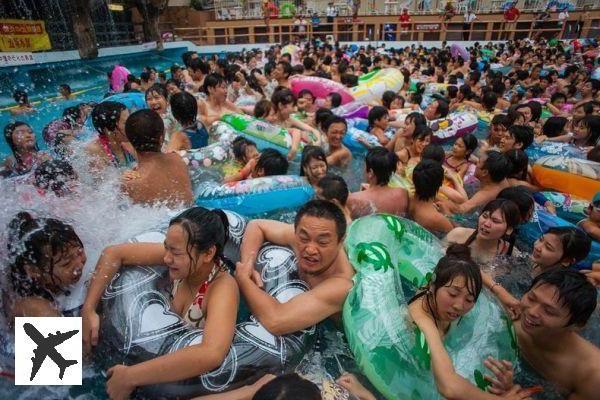 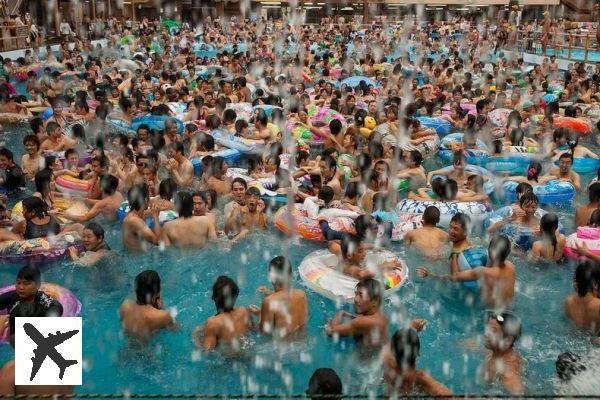 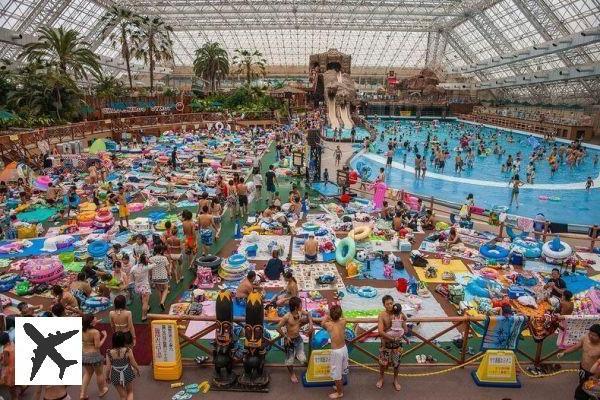 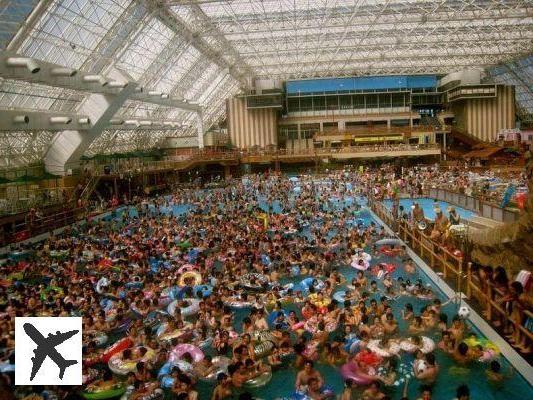 Audio Video Chinese swimming pools: the most crowded (dirty) in the world
The 9 most dangerous islands in the world ❯

The Pacu, a fish with human teeth...

add a comment of Chinese swimming pools: the most crowded (dirty) in the world