Most of the islands we will present here have everything to appear to be among the most beautiful islands in the world... If you look at them more closely, no one would want to set foot on them. Why not? They are the most dangerous islands on Earth. Poisonous snakes, hungry crocodiles, irradiated soil, etc. Every one of these islands has something that makes it a nightmare for a holiday in the sun. 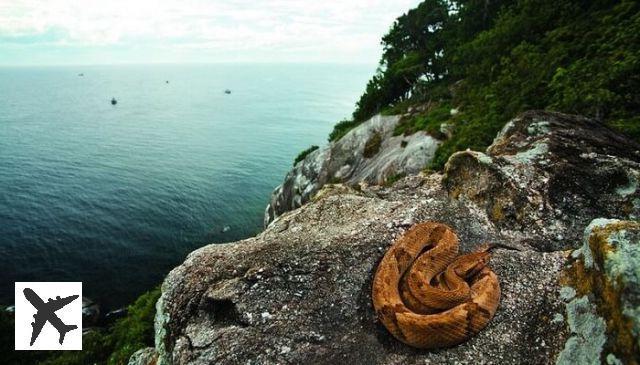 The Ilha da Queimada, nicknamed the "snake island", is located off the coast of Brazil and is home to thousands of golden spearhead vipers, and nothing else. These snakes are among the most venomous in the world, and according to local legend, there are about five of these crawling creatures on every square meter of the island. For years, the only human inhabitant was a lighthouse keeper, but now the Brazilian Navy prohibits all civilians from entering the island. 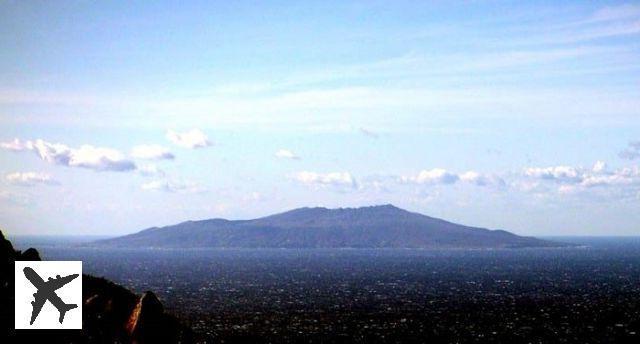 Located in the Izu Archipelago off Tokyo, Japan, Miyake-jima's most important feature is its active volcano, Mount Oyama, which has erupted several times in recent decades. Since the most recent eruption in 2005, toxic fumes have been leaking from the volcano and visitors are forced to wear gas masks at all times. Sirens are triggered across the island when sulphur levels rise sharply. 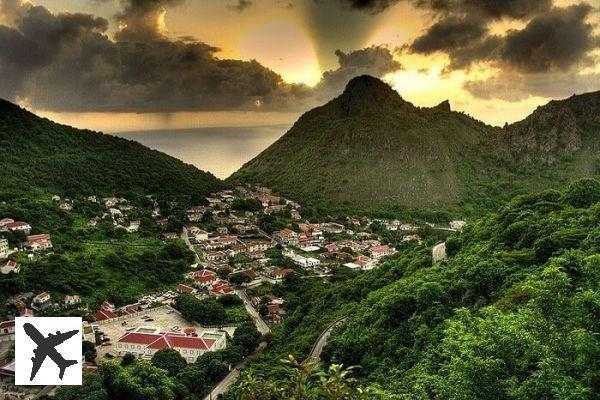 According to the Caribbean Hurricane Network, the small island of Saba has been hit by the heaviest hurricanes in the past 150 years, more than any other island in the region, including 15 Category 3 and seven Category 5 hurricanes. Visit this island only in winter. 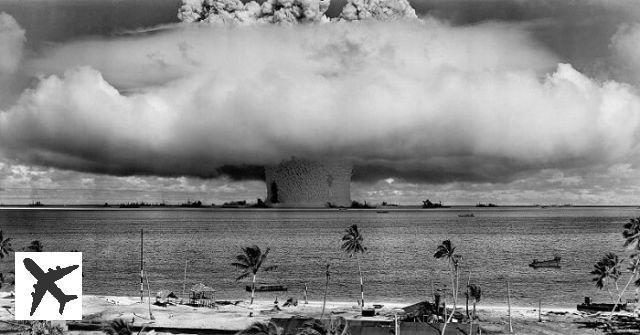 This UNESCO World Heritage site is dangerous for two reasons: nuclear radiation and sharks. It was the scene of more than 20 nuclear tests between 1946 and 1958, and although the islands were declared "safe" in 1997, their inhabitants have refused to return, and eating locally grown produce is not recommended. In addition, the lack of fishing in the area over the past 65 years has led to a thriving marine life, especially sharks, which, along with the many shipwrecks in the area, attracts hundreds of divers each year. 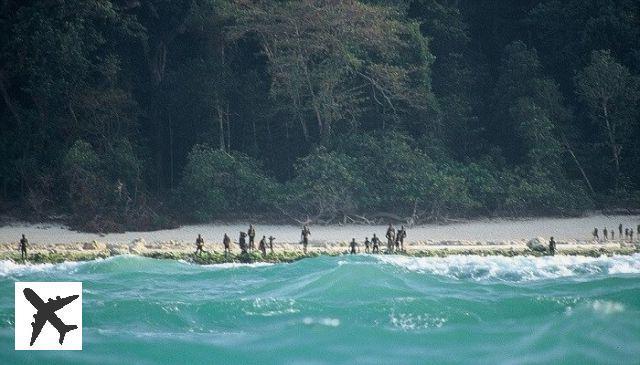 This small island populated by about two hundred individuals, called the sentinels, is famous for being home to the most isolated people in the world. Any attempt to make contact with the outside world results in the shooting of stones and arrows. In 2006, two fishermen who had found themselves in the North Sentinel Island marine area were killed by archers. 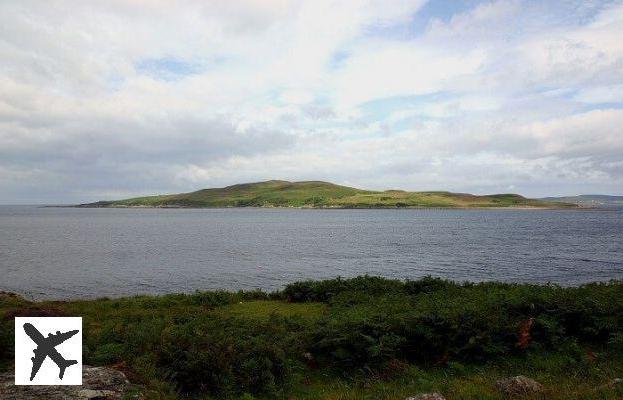 This small island in the north of Scotland was used by the British government for biological weapons testing during the Second World War. Experiments were conducted on the uninhabited island using the highly virulent anthrax bacterium, which killed hundreds of sheep and forced the authorities to quarantine the island. The island was decontaminated in the 1980s, using hundreds of tonnes of formaldehyde, another potentially dangerous material. 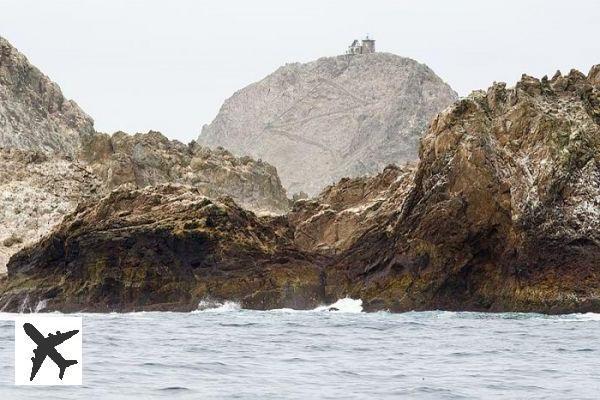 Between 1946 and 1970, the waters around the Farallon Islands off the coast of San Francisco were used as a radioactive waste dumping site. It is estimated that 48,000 drums of low-level radioactive waste were dumped off the islands, but their exact location and environmental hazard remain uncertain. There is also a large population of elephant seals, which attract dozens of great white sharks. In March 2015, the wreck of the aircraft carrier USS Independence was rediscovered in the region; measurements taken near the wreck show no nuclear contamination, despite a load of drums of waste when it was deliberately torpedoed in 1951. 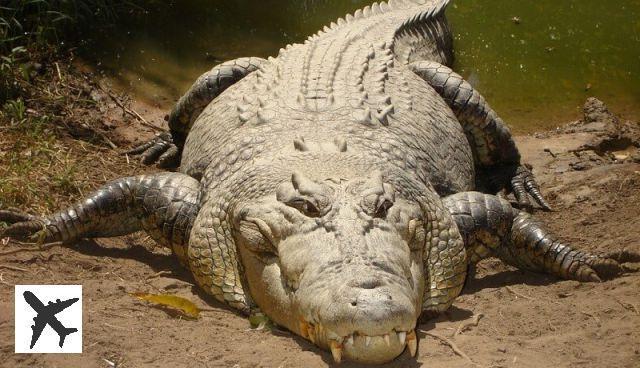 This island off the coast of Burma is famous for a horrific incident that took place during the Second World War. In 1945, as a result of fighting between British and Japanese troops, some 400 Japanese soldiers were forced to flee into the marshes surrounding the island, where they were apparently attacked by a large population of sea crocodiles. The incident is, according to the Guinness Book of Records, "the greatest catastrophe endured (by humans) by animals. 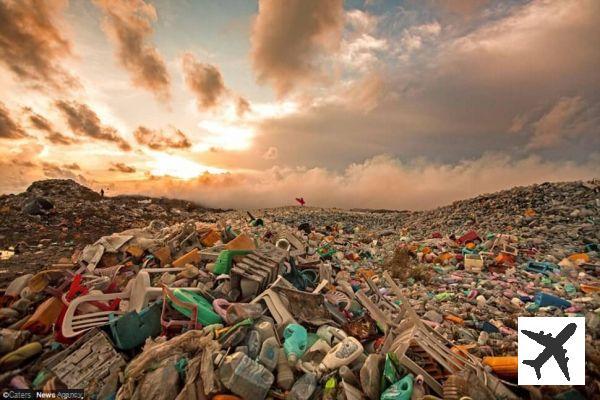 It's called Garbage Island. Indeed, the island nation of the Maldives cannot bury its waste in huge dumps like the rest of us do. Faced with a lot of garbage and few options, Maldivians decided to start dumping it in an uninhabited lagoon. No need to bring your towel and bathing suit here, there is no place to spread out on the beach.

Audio Video The 9 most dangerous islands in the world
We are a group of friends and... we love to travel! That's why we have created ForTravelovers.com, a website designed to share our experiences so that you too can travel around the world. Here you will find advice so that you can organize a trip in an easy and safe way; moreover, we will recommend you essential places in the world so that you know what to do and what to see in each destination. Here your trip begins! 😉
The 20 weirdest houses ❯

25 anecdotes and surprising facts about the Titanic

20 unusual flowers that look like something other than flowers

Lifespan: how long do animals live?

16 of the world's scariest stairs

The secret room of the airplanes where the crew sleeps on long-haul flights.