Goliath: the biggest spider in the world is aptly named

Imagine a spider as big as a child's forearm and weighing as much as a puppy...

The English call it Goliath birdeater (bird eating Goliath). Scientists consider it to be the largest spider in the world. In short, if you are arachnophobic, you shouldn't stay long on this page. From its real name Theraphosa blondi, better known as the Goliath spider or Leblond's tarantula, this monster can reach the size of a puppy and have legs up to 30 centimetres long. Native to South America, the spider can weigh more than 170 grams and has fangs 5 centimetres long.

These giant spiders were named birdeaters (bird eaters) because one of them was observed eating a hummingbird. However, they feed mainly on earthworms and other insects. Don't worry, they are not deadly to humans, but their fangs can cause pain, itching and discomfort for days.

This species lives in the tropical rainforest and is found in Guyana, Brazil and Venezuela. Piotr Naskrecki, an entomologist and photographer at Harvard University's Museum of Comparative Zoology, captured a female specimen in Guyana and is currently studying it in a museum. He was just out hiking as one can do in this region. Piotr reminds us that this one is very rare:

I've been working in the tropical regions of South America for many years, and in the last 10 to 15 years I've only come across the spider three times

If the tarantula is aggressive and its fangs are dangerous (they can pierce the skull of a mouse), the Goliath spider uses a lot of its defensive weapons. It possesses an abundance of means to scare off potential predators, notably by its stridulating attitude. If the latter is not enough to scare them away, its bombardment of stinging bristles takes over. If this does not scare off the predator, it will not hesitate for a moment to face and bite. 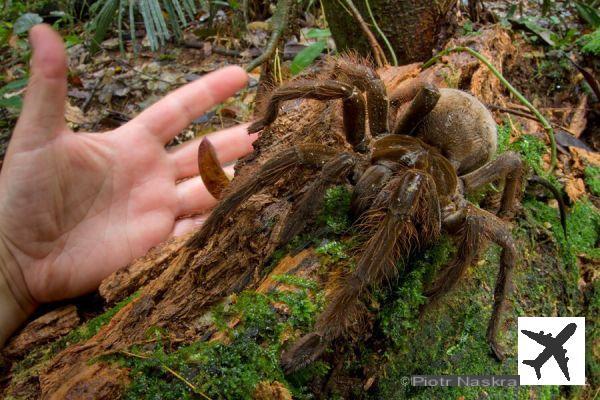 Some sources say that the hunting spider (Heteropoda maxima) is larger, due to the length of its sprawling legs. However, in relation to weight and body size, it is the Goliath spider that is more imposing. 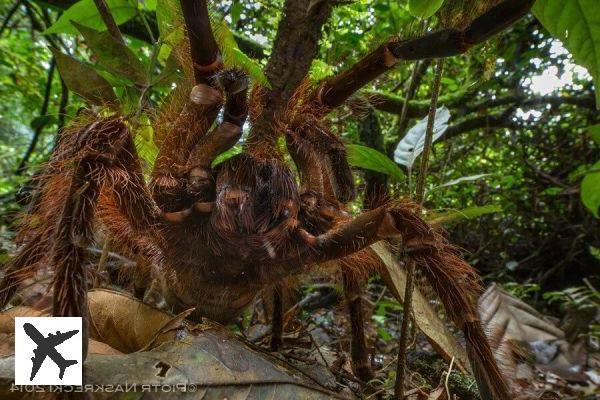 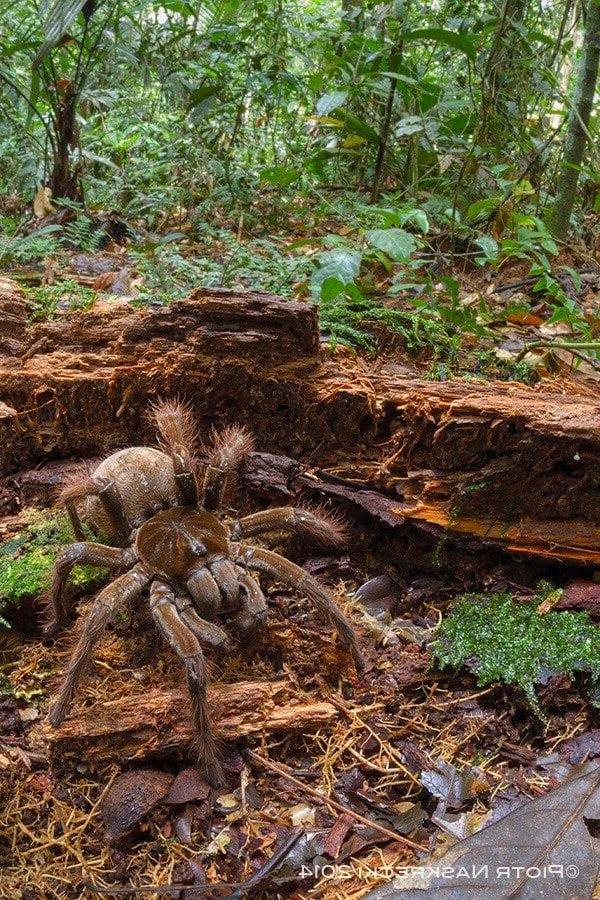 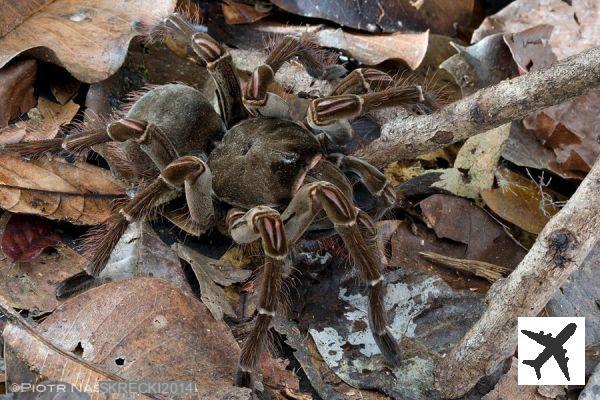 These pictures were taken by Piotr Naskrecki.

Does this spider scare you?

Audio Video Goliath: the biggest spider in the world is aptly named
What to See and Do in the Marshall Islands ❯

add a comment of Goliath: the biggest spider in the world is aptly named