The 20 oldest cities in the world still inhabited

The oldest cities in the world

These cities, which are the 20 oldest continuously inhabited places on the planet, are a real opportunity to travel back in time. While few ancient cities have managed to stand the test of time, some still stand, better than that, they still live. Here are the 20 oldest cities in the world where life has never ceased in full swing (in brackets, you have the date when the first inhabitants settled). 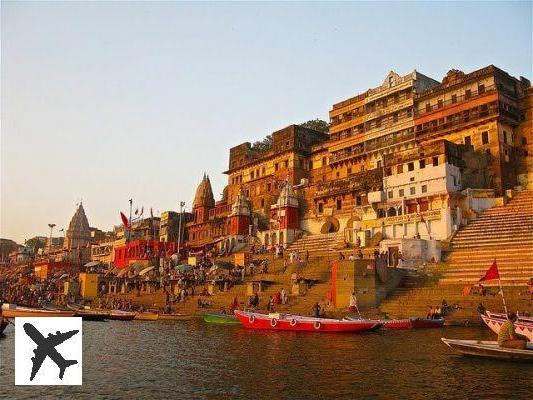 Located on the west bank of the Ganges River, Varanasi, also known as Benares, is an important holy city for both Hindus and Buddhists. According to legend, it was founded by the Hindu god Shiva 5000 years ago, although modern scholars believe it is nearly 3000 years old. 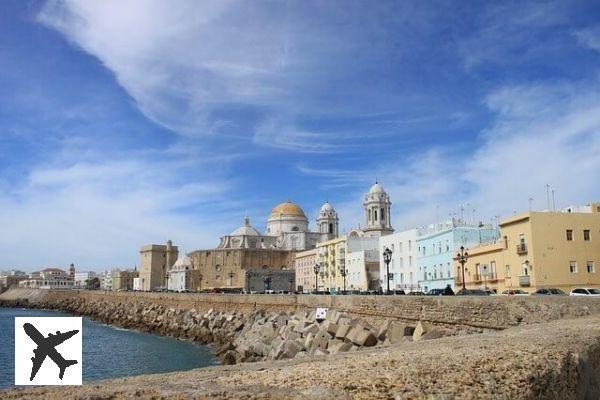 
Nestling on a narrow strip of land that juts out into the Atlantic Ocean, Cadiz has been the cradle of the Spanish Navy since the 18th century. It was founded by the Phoenicians as a trading post and fell into the hands of the Carthaginians around 500 BC, becoming a base for Hannibal for the conquest of Iberia. 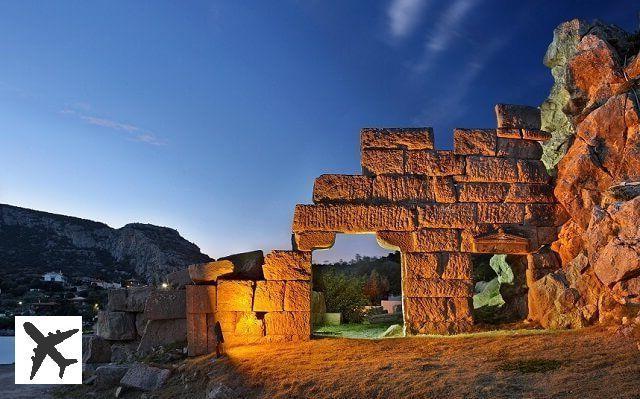 A great rival to ancient Athens, Thebes dominated the Boeotian confederation and even assisted Xerxes during the Persian invasion of 480 B.C. Archaeological excavations have revealed Mycenaean settlements dating from even further back. Today, Thebes is no longer just a simple village, a small commercial town. 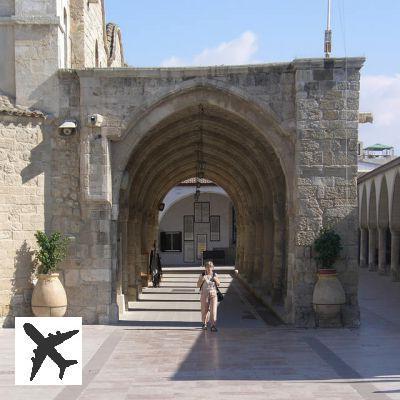 Founded by the Phoenicians under the name of Cition, Larnaca is well known for its beautiful palm-fringed waterfront. Archaeological sites and numerous beaches attract visitors today. 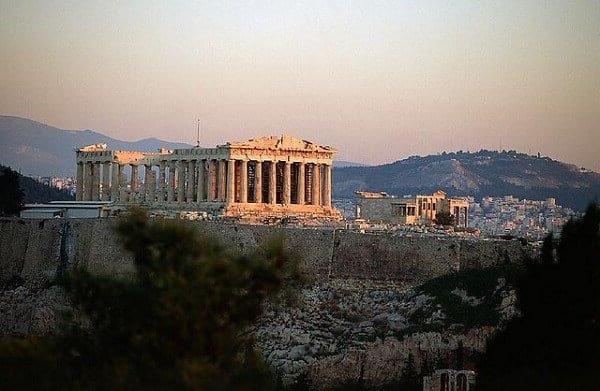 As the cradle of Western civilization and the cradle of democracy, the legacy of Athens is still very evident. The city is filled with Roman, Greek, Byzantine and Ottoman monuments and remains a very popular tourist destination. Alexander the Great once said: "Great are the dangers I face in gaining fame in Athens. » 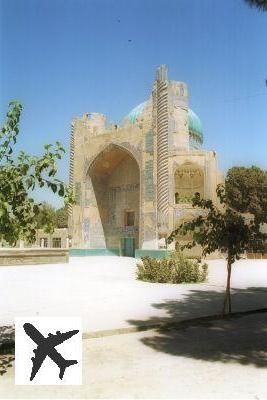 Known as Bactra (or Bactra) in ancient times, Balkh is located in northern Afghanistan and is described as "the mother of cities" by the Arabs. It reached its apogee between 2500 and 1900 BC before the rise of the Persian and Medean empires. The modern Balkh is home to the region's cotton industry. 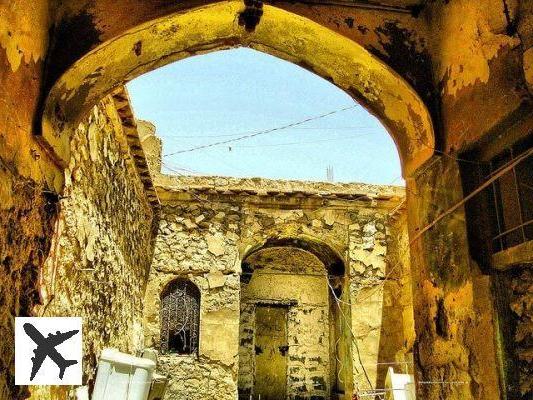 Located about 240 km from Baghdad, Kirkuk stands on the site of the ancient Assyrian capital of Arrapha. Its strategic importance was recognized by the Babylonians and the Medes, who also controlled the city. The ruins of a 5,000-year-old citadel are still visible, while the city is now the seat of the oil industry in Iraq. 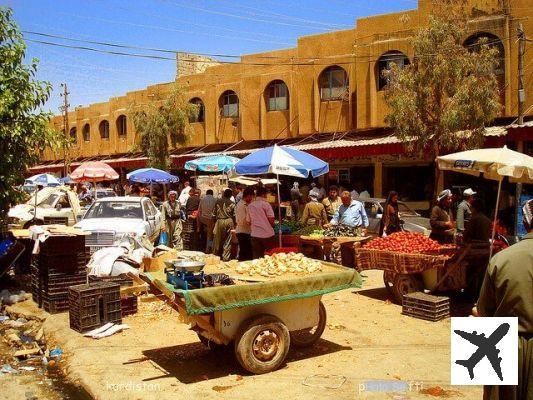 North of Kirkuk is Erbil, which has been repeatedly dominated by Assyrians, Persians, Sassanians, Arabs, and Ottomans. It was a major stop on the Silk Road while its ancient citadel, which stands 26 meters high, still towers above the horizon. 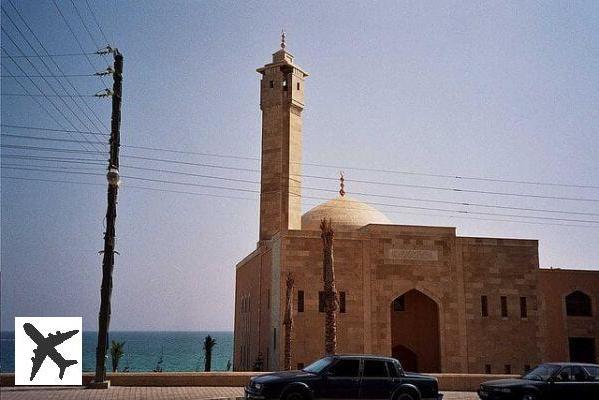 Legendary birthplace of Europe and Dido, Tyre was founded around 2750 BC, according to Herodotus. It was conquered by Alexander the Great in 332 BC following a seven-month siege and became a Roman province in 64 BC. Today, it is mainly tourism that keeps the ancient Roman city alive: the Tyre hippodrome is listed as a UNESCO World Heritage Site. It is written in the Bible: "Tyre, she who distributed crowns, she whose merchants were princes. » 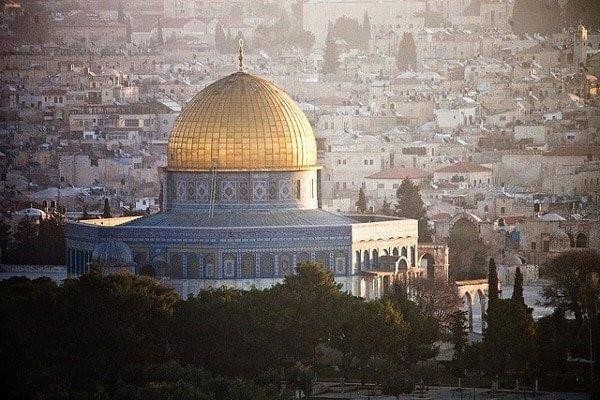 The spiritual centre of the Jewish people and the third holy city of Islam, Jerusalem is home to several major religious sites, including the Dome of the Rock, the Wailing Wall, the Church of the Holy Sepulchre and al-Aqsa Mosque. In the course of its history, the city has been besieged 23 times, attacked 52 times, captured 44 times and destroyed twice. 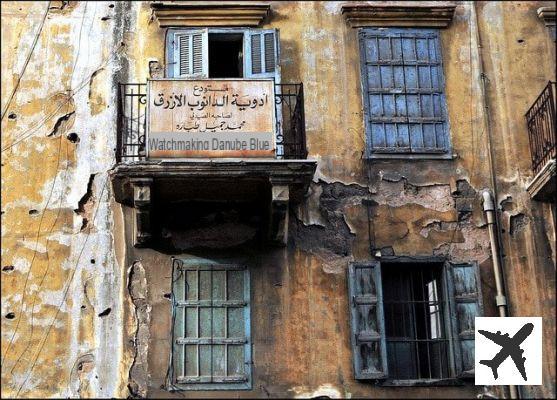 The capital of Lebanon, as well as its cultural, administrative and economic centre, Beirut's history dates back some 5000 years. Excavations in the city have uncovered Phoenician, Hellenistic, Roman, Arab and Ottoman remains, while the city is mentioned in letters to the Pharaoh of Egypt as early as the 14th century BC. Since the end of the Lebanese Civil War, Beirut has become a lively and modern tourist centre. 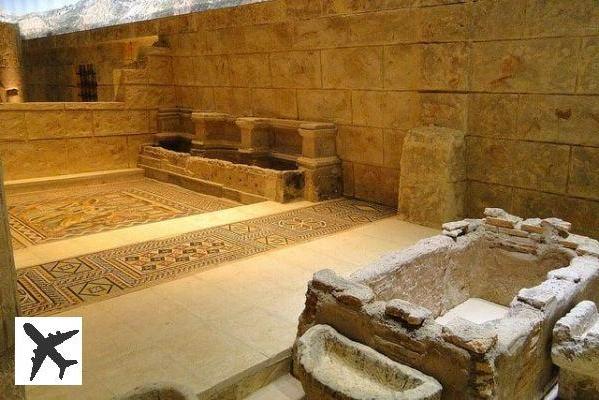 In southern Turkey, near the border with Syria, the history of Gaziantep extends as far as the Hittites. The Ravanda Citadel, restored by the Byzantines in the 6th century, is located in the city centre, while Roman mosaics have also been discovered here. 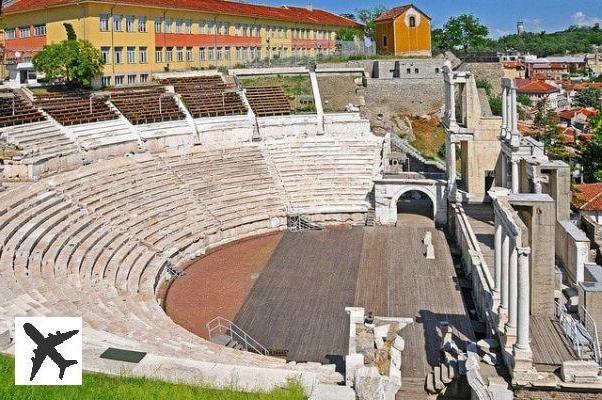 The second largest city in Bulgaria, Plovdiv was originally a Thracian fortified town, before becoming a large Roman city. It later fell into the hands of the Byzantines and Ottomans, before becoming part of Bulgaria. The city is an important cultural centre and is home to many ancient remains, including a Roman amphitheatre and aqueduct, as well as Ottoman baths. 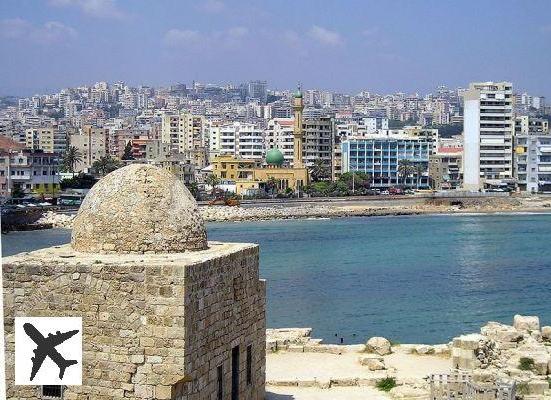 About 40 km south of Beirut is Sidon, one of the most important and perhaps the oldest of the Phoenician cities. It was the base from which the great Phoenician Mediterranean empire grew. Both Jesus and St. Paul would have visited Sidon, as did Alexander the Great, who seized the city in 333 BC. 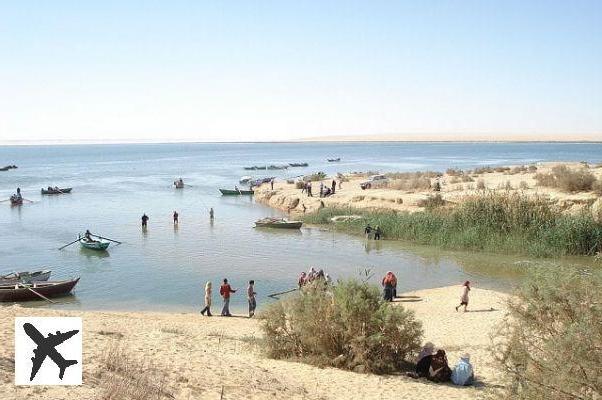 Southwest of Cairo, Fayoum occupies part of Crocodilopolis, an ancient Egyptian city that worshipped Petsuchos, a sacred crocodile. The modern city of Fayoum consists of several large bazaars, mosques and baths, while the pyramids of Lehin and Hawara are nearby. 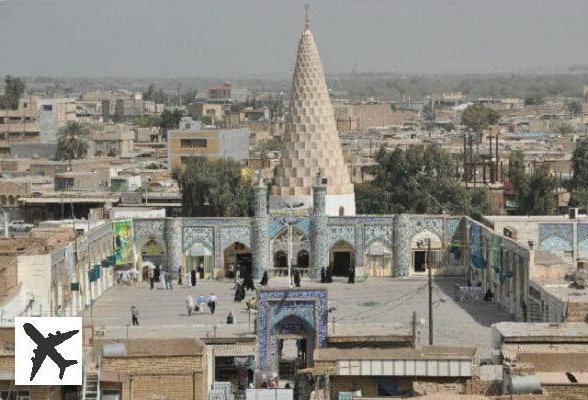 Susa was the capital of the Elamite Empire before it was captured by the Assyrians. It was then taken by the Achaemenids under Cyrus the Great. It is the city where Aeschylus' play The Persians, an Athenian tragedy, is the oldest play in the history of the theatre. The modern city, Shushan, has a population of about 65,000. 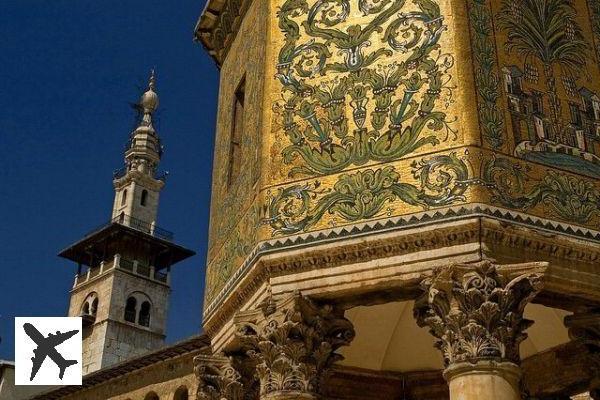 Cited by some sources as the oldest inhabited city in the world, Damascus may have been inhabited as early as 10,000 BC, but the debate is still open to this day. It became an important centre after the arrival of the Arameans, who established a network of canals, which still form the basis of its modern hydrological networks. Another conquest of Alexander the Great, Damascus has since been in the possession of the Romans, Arabs and Ottomans. Its wealth of historic sites made it a popular tourist destination until the recent troubles hit it. 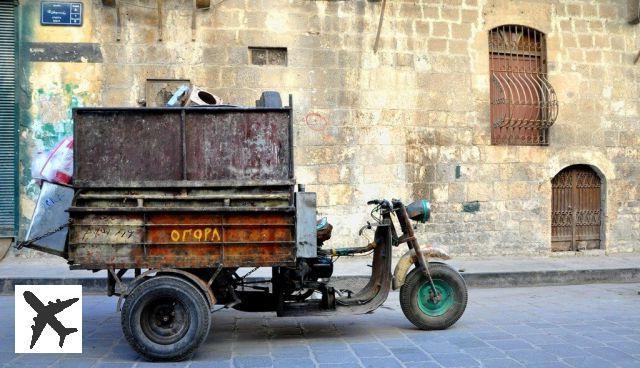 The most populated city in Syria with nearly 4.4 million citizens in its urban area, Aleppo was founded under the name of Halab around 4300 BC. While the ancient site is occupied by the modern city, it is hardly touched by archaeologists. The city was under Hittite control until around 800 BC, before passing through Assyrian, Greek and Persian hands. It was then occupied by the Romans, Byzantines and Arabs, besieged by the Crusaders, then retaken by the Mongols and Ottomans. 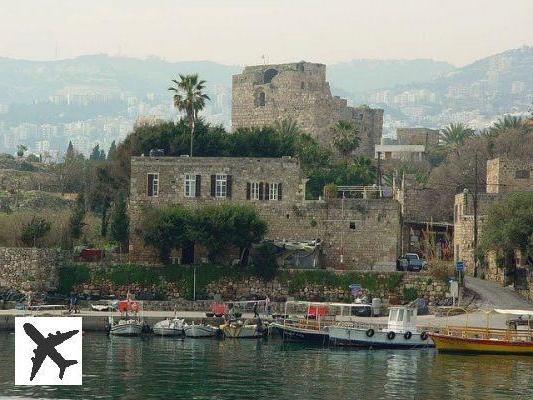 Founded "Gebal" by the Phoenicians, Byblos received its name from the Greeks, who imported papyrus from the city. The word Bible is derived from Byblos. The main sights of the city are ancient Phoenician temples, Byblos Castle and the Church of St. John Mark, built by the Crusaders in the 12th century, as well as the medieval old city walls. The Byblos International Festival (music) is a more modern attraction. 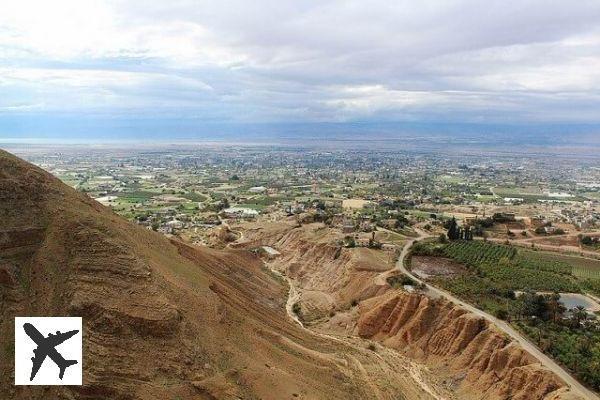 The oldest continuously inhabited city in the world, archaeologists have unearthed the remains of 20 successive settlements in Jericho, dating back more than 11,000 years. The city is located near the Jordan River in the West Bank and is now home to some 20,000 inhabitants.

In pictures: school playgrounds around the world

The 20 largest cities in France

20 beautiful photos of rainbows around the world

The 10 longest tunnels in the world

25 animals with unlikely but true colours

40 cards that will change your view of the world