7 castles of Périgord to visit in Dordogne 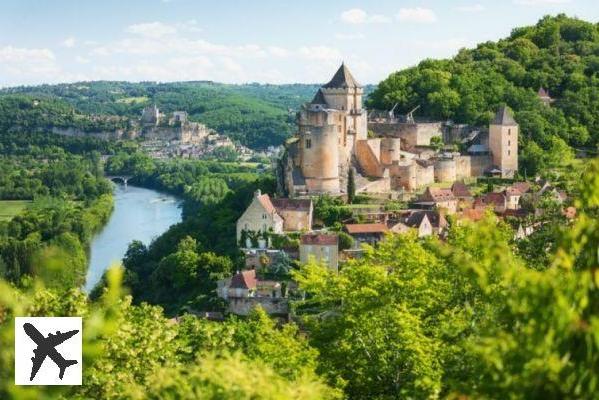 The cultural heritage of the Dordogne is rich, especially in terms of history and architecture. Discover 7 of the most beautiful castles of the Périgord!

Do you know the Dordogne and the castles of the Périgord? The Périgord is a historical region of France, which extends approximately over the territory of the present Dordogne. In the Middle Ages, it was Charlemagne who established it as a county in 778. Over the following centuries, the territory suffered the ravages of time. Then, in the 14th century, the county came under English sovereignty. A century later, Jean de Châtillon, Viscount of Limoges, finally bought the area. Thus, until the Revolution, it will then be the scene of county wars and territorial disputes.

Even today, the Périgord is strong with the mythical vestiges of the Middle Ages and the Renaissance. In particular by its numerous castles. You are passing through the Dordogne and wish to visit all the places that have made the history of the department? Then, let's go to meet 7 magnificent castles of the Périgord!

1. The castle of Castelnaud-la-Chapelle

This medieval fortress is located in the town of the same name, at the confluence of the Dordogne and Céou rivers. Built in the 12th century before being unfortunately destroyed during the famous Albigensian crusade, the castle was rebuilt nearly a century later. Then under the sovereignty of the Duke of Aquitaine, it will pass under English rule during the Hundred Years War. In 1442, the armies of the King of France took the castle, and it returned to the family of Caumont.


It was then renovated in the 1960s and is today a historical emblem of the Périgord. It is also one of the buildings most marked by the wars of the Middle Ages. Along with other castles in the Dordogne, it is proof of the region's legendary past.

Nowadays, the building is still in excellent condition. History buffs can visit this extraordinary building and appreciate the remains of its golden age.

2. The castle of Milandes

This building dates from the 15th century and is also located in Castelnaud-la-Chapelle. The Château des Milandes was built by the Caumont family, who also owned other castles in the Périgord. But they wanted to live in a building that was brighter and less austere than their main property.

Thus, some renovations were carried out in this place over the years. Nevertheless, the building retains architectural elements from the Middle Ages such as the turrets, gargoyles and spiral staircases. The fortress is therefore an interesting mix between the remains of this period and the search for modernity. A mixture that makes the castle an emblematic example of the spirit of the Renaissance, straddling between history and progress.

In the 1940s, the fortress also belonged to the American actress and singer Josephine Baker. Today, it is one of France's historic monuments and can be visited at any time.

3. The castle of Montaigne

It was the home of the philosopher of the same name, and is located in the commune of Saint-Michel-de-Montaigne. The castle was built in the 14th century, and was bought by the great-grandfather of the thinker in 1477. The fortress overlooks the small eponymous commune, on the border of the Périgord and the Bordeaux region.


The original building is in neo-Renaissance style, but the restorations date from the 19th century. Also, as it is an inhabited private property, visitors must book in advance to visit the interior of the castle. Nevertheless, they can access the Bookstore Tower at any time. This is where Montaigne took refuge and wrote his famous Essays. For this reason, the castle has been classified as a Historic Monument of France since 1952.

The gardens of the building, if they can only be visited on sunny days, were designed by the philosopher himself. Because of its atypical architecture and its legendary history, it attracts many tourists throughout the year. Among the many castles in the Dordogne, the castle of Montaigne is without a doubt one of the most incredible!

4. The castle of Biron

The fortress of the Gontaut-Biron family was built in the 12th century. The castle is located in the Lède valley, and is said to dominate the landscape with its imposing architecture. For several centuries, the building was the seat of a barony of the region, along with Mareuil, Beynac and Bourdeilles. It is one of the most beautiful castles of the Périgord.

The castle has been deeply marked by each era since its construction. In particular, it has a medieval-style keep and a chapel dating from the 16th century. But also Renaissance style apartments, as well as a courtyard dating from the early 18th century. Biron is therefore a true emblem of History, and its architecture is unique! It is an integral part of the region's rich cultural heritage, attracting visitors from all over Europe.


5. The castle of Hautefort

Most of the castles in the Dordogne were built in the Middle Ages, between the 10th and 13th centuries. The castle of Hautefort is no exception to the rule, since its construction dates back to the year one thousand AD. The legendary rivalry between France and England marked the history of the fortress. Notably, in the 12th century, Richard the Lionheart took the building, before passing again under French sovereignty in the 15th century. Also, the building mixes both British and Perigordian traditions.

Originally of medieval style, the Marquis de Hautefort decided to renovate it entirely in the 17th century. Having become a pleasure residence at that time, the building still has a structure from the classical period. Like the other castles of the Périgord, it is an architectural gem, divided between its various sumptuous eras and the extraordinary influences of its owners.

It is certainly a must stop for history buffs for those who wish to better discover this exceptional department.

The fortress of Puyguilhem is located in the commune of Villars. Like the majority of castles in the Dordogne, it ranks among the Historic Monuments of France. Built in the 16th century, this building is of Renaissance style, comparable to that of the buildings of the Loire River.

The initiative for this building came from Mondot de la Marthonie, a rich magistrate of the region. The house was to be the family's second home, as well as a hunting lodge. Thus, it is emblematic of the lifestyle of an early Renaissance nobleman. But it is also a historical relic of the region.

Unlike other castles in the Périgord, the fortress of Puyguilhem did not suffer heavy damage during the World Wars. Nevertheless, its last owner was expropriated in 1938 after letting the building gradually deteriorate. As a result, the restoration of Puyguilhem took almost twenty years, before it opened again to visitors.

Nowadays, lovers of history can admire its splendid architecture at all times. A remnant of a fascinating era, it is sure to please young and old alike!

Like most castles in the Dordogne, the manor house of Jumilhac has been preserved in its entirety. This 13th century building has therefore been able to keep its astonishing architecture over the centuries. It is situated on the edge of the region and belonged for a long time to the viscounts of Limoges. Over time, it also became the seat of the castellany of Excideuil and its lords.

Although it was renovated during the Renaissance, its medieval structure is almost intact. This makes it one of the most unusual buildings. It is undoubtedly one of the particular characteristics of the castles of the Périgord. The fact that they have survived the ravages of time has allowed their owners to modify them.

Over time, the Jumilhac building has therefore evolved from its medieval style to a more recent structure. Also, it still surprises by the clever mix between its old architecture and its renovations of the classical period. One thinks, for example, of its mythical medieval covered walkways, which overlook modern French gardens.

Whether you are an amat-eur-rice of history or not, Jumilhac is an architectural and cultural treasure. It is therefore an unmissable stop when visiting the region!

In which district to stay in Mimizan?

Where to stay along the Compostela pilgrimage?

Boat rental in Port-Vendres: how and where?

Visiting Tourrettes-sur-Loup: what to do, what to see?

The 10 must-do things to do in Brittany

99%
We have been able to provide in 99% of times, the solutions that users were looking for when consulting our page.