What neighborhood to stay in in Mecca? 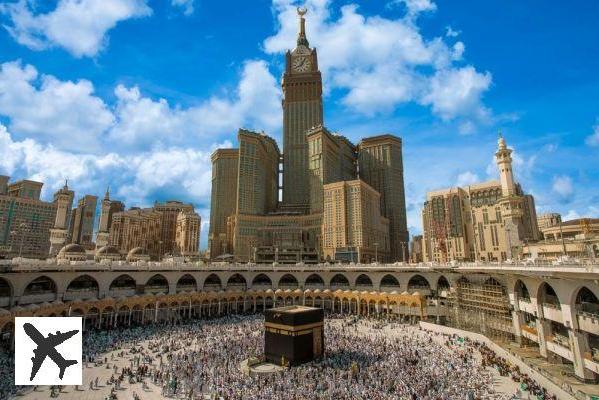 On vacation in Saudi Arabia? Whether you're just passing through or staying for a few days, here are the areas where you can stay in Mecca.

According to Islamic tradition, Mecca is the birthplace of the Prophet Muhammad. For all Muslims around the world, Mecca is the holiest holy city. Every year, thousands of visitors make their pilgrimage through Saudi Arabia. For Muslims, it is a must-do trip as it is one of the Five Pillars of Islam. Due to the ever-increasing influx of worshippers, Mecca has developed many facilities to accommodate them. In addition to the religious monuments, you will find hotels and apartments to suit all budgets. To find the right accommodation for you, check out our guide to accommodation in Makkah Al-Mukarramah.

Read also: In which district to stay in Dammam?

If you are looking for a place to stay in Mecca, Al Haram is the place to go first. This is where the Al-Harâm Mosque, or more precisely the Sacred Mosque, is located, which Muslims turn to during their prayers.

At its centre is the Kaaba, the greatest shrine of Islam. The Kaaba square can accommodate more than three million worshippers every day. The Kaaba is of particular importance to Muslims all over the world, as it houses the black stone. Indeed, during their pilgrimage, the believers have to perform a number of circumambulations (also called tawaf). Among these tawafs, they must touch the famous black stone so that it can absorb their sins.

By staying in Al Haram during your stay in Makkah, you will be in the heart of the most sacred place of prayer in Islam.

During the pilgrimage (the Hajj), Muslims must make several circumambulations around the Kaaba and the Great Mosque. One of them is the prayer at the Station of Abraham. This station is actually the hill of Arafat located about twenty kilometers from Makkah. Staying in Makkah at Arafat Hill allows you to take full part in this religious rite.

According to Muslim tradition, it is here that Muhammad would have bid farewell to the Muslims who accompanied him during the Hajj. During the pilgrimage, hundreds of white tents welcome the faithful, who come to spend the night in Arafat. In order to fully perform tawaf, Muslims must pray standing at the top of the hill from noon to midnight, just as Muhammad did before them.


Find an Airbnb at Arafat

Another stage of the pilgrimage is the Feast of Sacrifice which takes place in Mina on the 10th of the last Muslim month. If you are fortunate enough to perform Hajj at this time, you will know where to stay in Makkah. Mina is only five kilometers from the Haram and is accessible by subway.

The Feast of Sacrifice is located at the western entrance to the city at the Jamarat Bridge. Specifically, it is the ritual of stoning to death the steles of Satan. This ritual must take place between sunrise and sunset on the last day of the pilgrimage. On this occasion, the faithful must throw seven pebbles on the three concrete blocks in Mina. The purpose is to chase away Satan, who is said to have appeared here three times. The concrete blocks then represent Satan.

Al Aziziya is a more outlying neighborhood allowing you to stay in Makkah with a more modest budget. Although further away from the Great Mosque, Al Aziziya is still part of the sacred area of Makkah. As such, a prayer in this area is worth 100,000.

In addition to the Al Haram Mosque, Al Aziziya is also close to Mina and Satan's Steles. This neighborhood is therefore at the center of many of the indispensable stages of the pilgrimage to Mecca.


And if you wish to bring back some souvenirs from your trip to the Holy City, you should know that many shopping malls are located in Al Aziziya. You will find a wide variety of shops with food, clothing, cosmetics and electronics.

Last place to stay in Mecca; Jeddah. Located one hour from the Holy City, Jeddah is on the Red Sea. It is a great way to relax after several days of pilgrimage.

Every year, the city welcomes thousands of tourists who come to enjoy the many activities Jeddah has to offer. The most popular is the King Fahd Fountain. It is the highest fountain in the world. Depending on the strength of the wind, it can rise up to 312 meters. The ideal is to observe the power of the jet after dark. Thanks to a play of lights, you will witness a dazzling spectacle.

Jeddah also has an amusement park with roller coaster and water activities to satisfy both young and old.


Enjoy your stay in Mecca.

The cheapest places to travel each month of the year

The 14 most beautiful places to visit in Haiti

Travel to Iran: Everything you need to know

add a comment of What neighborhood to stay in in Mecca?