Top 20 most visited museums in the world

Which museums attract the most visitors in the world?

A woman with a mysterious smile, one of the paintings attracting the most visitors in the most popular museum in the world, does that mean anything to you? In a centuries-old museum where the insertion of a glass pyramid brought it into the modern era in 1989?

Ok, here you are... This is the Louvre in Paris , the most visited museum in the world with 9.3 million visitors last year, according to the Museum Index 2013. This index, released in early June in a report on the attendance of tourist sites by TEA/AECOM, is in its second year of monitoring museum attendance.

The report lists the most visited museums in Europe, the United States, Canada and the Asia-Pacific region. Next year, Mexico and Latin America will be included in the museum category, according to the engineering design firm AECOM, one of the organizations behind the project.

The top 20 most visited museums in the world include 6 museums (all free!) in London, which the 2012 Olympic Games have given huge publicity to. In spite of its paid admission, the Louvre Museum remains far ahead with 9.3 million visitors compared to 8 million for the National Museum of Natural History in Washington, D.C., whose admission is free.

Read also: The 50 most visited monuments in the world


Here are two infographics that give more information on the rest of this ranking with the 2012 figures in comparison : 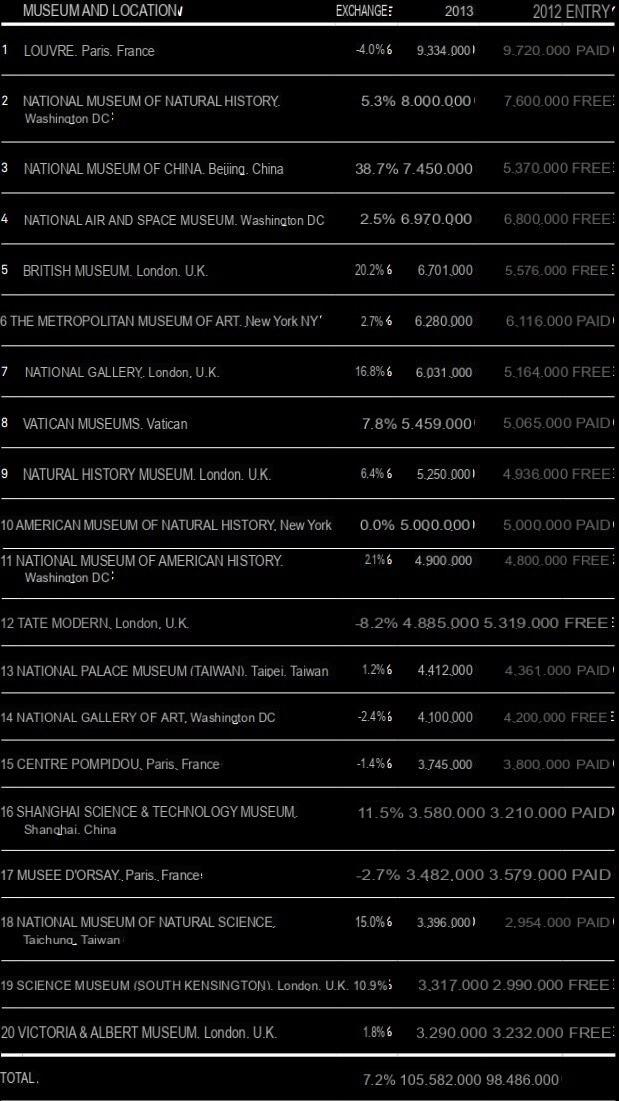 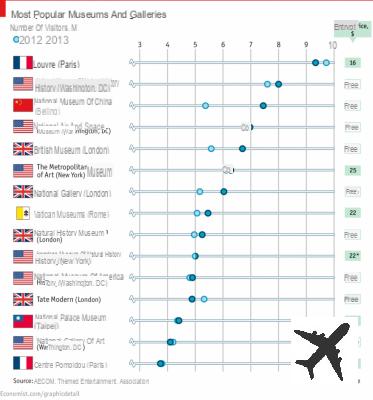 The 23 most beautiful castles in the world

27 of the most beautiful cinemas in the world

The 16 most beautiful concert halls in the world

How do you make a living travelling?

The 12 most beautiful medieval cities to visit in the world

25 creative and original statues in the world