The clear divide between rich and poor in Mexico City

The Stark Contrast of Mexico City by Oscar Ruíz

In an effort to draw attention to the community development programme in low-income areas, the Mexican bank Banamex launched an advertising campaign called Erase the Difference, for which it hired photographer Oscar Ruíz and asked him to capture the stark and striking gap between the poor and the rich that exists in Mexico City. It took the photographer, who is also a helicopter pilot, two trips over the city, and the images he took are unequivocal.

The campaign, which consists of four images, features affluent apartments and villas situated next to modest and sometimes very dilapidated houses belonging to the poorest fringe of the gigantic city of Mexico City. On one side are white residential houses with tiled roofs and impeccable green lawns, and on the other are a group of sad, grey and old buildings. Sometimes only a thin, high wall separates the two "worlds". Yet life is very different on each side.

The photos appear photoshopped, as if two separate images had been glued together to create a dramatic effect, but this is not the case. Indeed, the slogan says: "This image has not been altered. It's time to change that. »

"Nearly 46% of Mexico's population lives in poverty, and the country has one of the highest rates of income inequality in the world," writes FastCoExist. In Mexico City, the poorest people in the megalopolis of 20 million people have no pipes, and their homes are prone to sewage flooding. Although intended to serve as publicity for a bank development program, the campaign serves more as bad publicity for the public service. 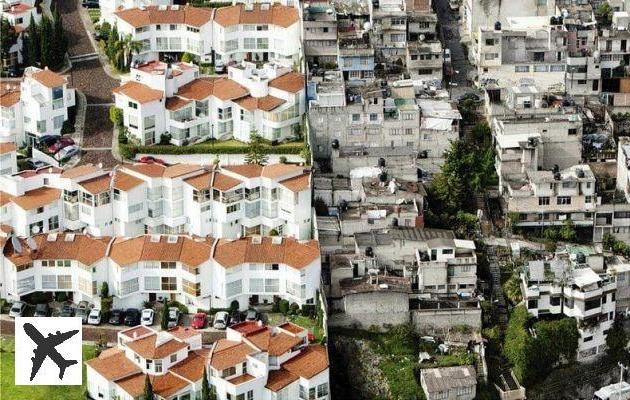 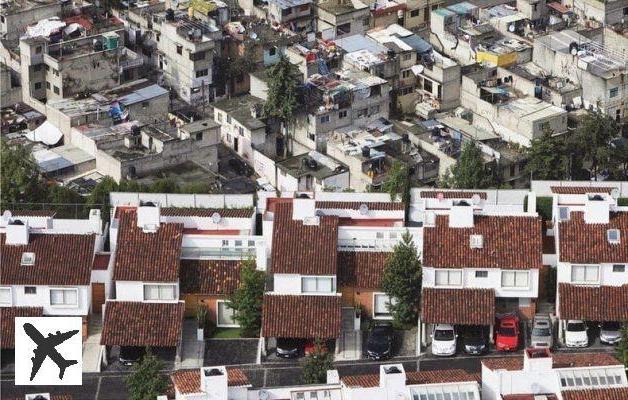 Does that shock you? Does it move you? Share!

In Mexico, a gigantic work of street-art brightens up a favela...