A few years ago the world elected the new seven wonders! Do you know what they are? The current 7 Wonders of the World are spread across the Americas, Europe, the Middle East and Asia. There are seven works worthy of a visit. And we couldn't help but list them and indicate them for you to include in your script. Of the seven new wonders of the world, one of them is here in Brazil, very close. Do you know which one we're talking about? Discover the new seven wonders and natural wonders of the world below. 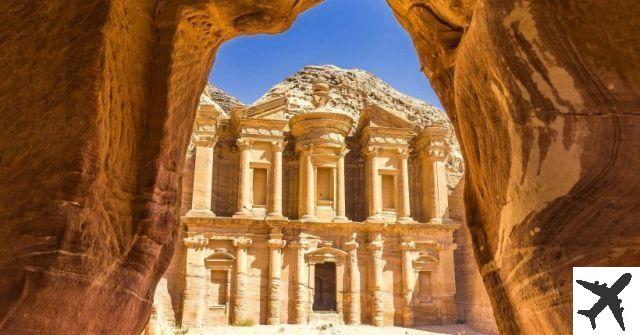 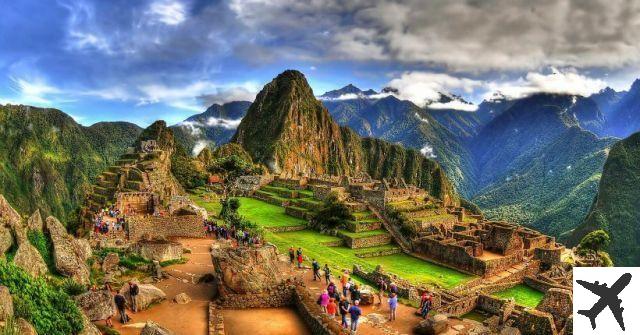 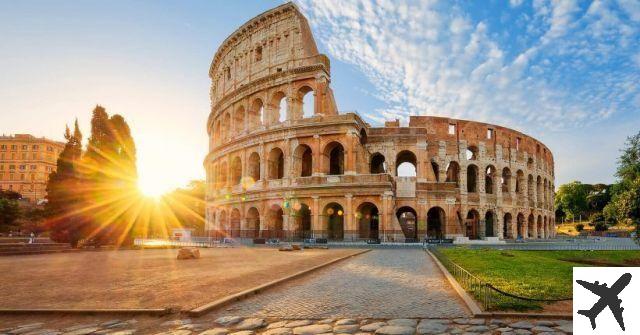 The 7 Wonders of the World

Election of the New Seven Wonders of the World

Recreational and informal, the choice of the new 7 wonders of the world was conceived by a Swiss organization called the New Open World Corporation (NOWC) with the aim of pointing out the wonders that still exist, in contrast to the original list of the seven ancient wonders.

The campaign began in 2005 with a list of 200 monuments. After the popular vote, the list was reduced to 21, by a curatorship of architects led by the former director general of UNESCO, Federico Mayor. It took into account the beauty, complexity, historical value, cultural and architectural relevance.

There were more than 100 million votes and the seven chosen were announced in 2011 during an event in Lisbon, Portugal.

Christ the Redeemer - wonder of the world 🇺🇸

Of the 7 wonders of the modern world, Christ the Redeemer is the newest and the closest for us Brazilians to visit. With open arms over Guanabara, in Rio de Janeiro, the construction began in 1926 and was inaugurated on October 12, 1931. 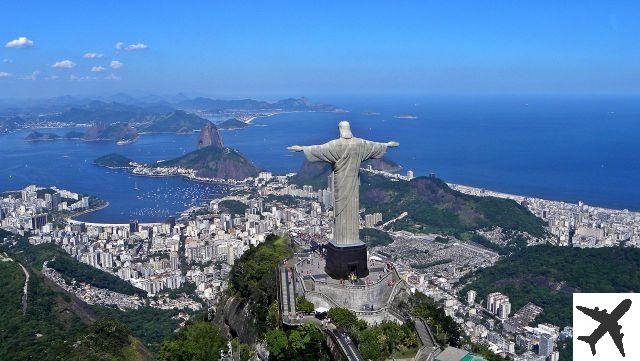 Chichén Itzá was one of the main cities of the Mayan people and is one of the most visited archaeological sites in Mexico. About 1,5 million tourists visit the ruins each year.

The city of Chichén Itzá was built between the 670th and XNUMXth centuries and abandoned in XNUMX AD The highlight of the visit is undoubtedly El Castillo, also known as the Pyramid of Kukulcan. It is the main temple, where twice a year shadows reproduce the image of Kukulcan, the plumed serpent. Its construction is magnificent and really impressive.

To visit Chichén Itzá, the best thing to do is hire tours from Cancún or Playa del Carmen. Tourists can also take the bus or rent a car. It is 190 km from Cancún, about 2h30. 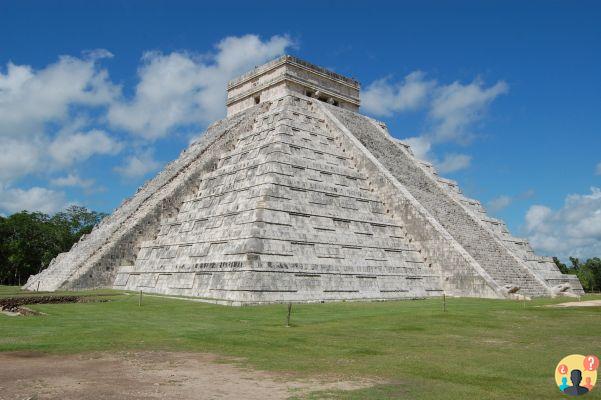 One of the most famous monuments in the world, the Coliseum attracts millions of tourists every year. The sumptuous symbol of the Roman Empire, whose construction was begun by Emperor Vespasian in 72 AD, was the scene of gladiatorial combat and animal battles, performances that used to be attended by an avid audience of up to 73 people. 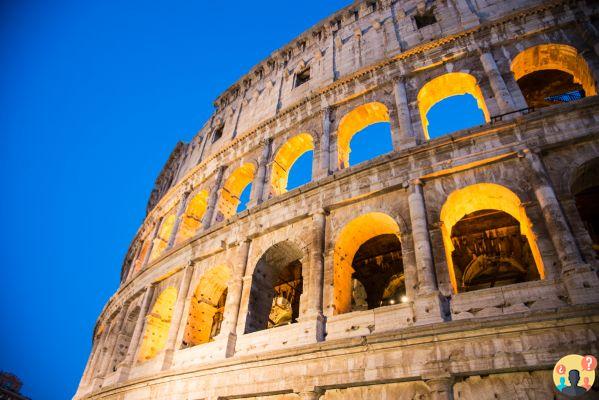 The building ceased to be used for entertainment in the medieval era. It was later reused for various purposes, such as housing, workshops, the seat of a religious order, a fortress, a quarry and a Christian shrine.

Today it is a mandatory point of any visit to Rome. As the attraction is quite famous, the tip is to purchase the ticket in advance, as this way you can avoid the huge queues that form early in the place. The ticket entitles you to the Colosseum, Palatine Hill and the Roman Forum. You can book a guided tour of the Colosseum, Forum and Paladin. There is a forecast that the Colosseum in Rome will be renovated to show the arena as in the past.

Construction began in the 7th century BC and continued for over 2000 years. Over time it gained new walls, barracks and observation towers. The Great Wall of China was built with the purpose of protecting Chinese states and empires from enemy invasions mainly by the Mongols.

Despite its 21.196 km of length, the monument has several parts open to visitors that can be easily accessed from Beijing by public transport, train or excursions in Portuguese. 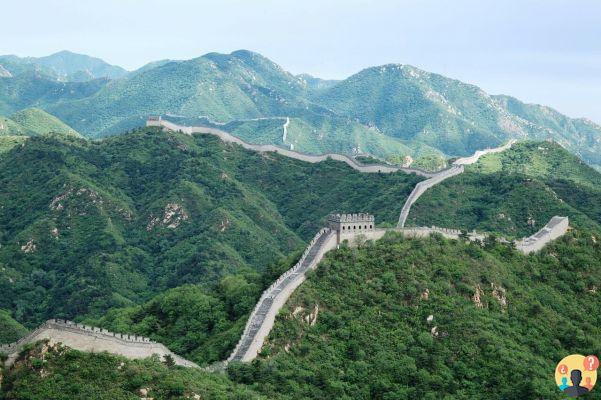 Petra – new wonder of the world🇯🇴

Jordan's desert landscape is dotted with towering, reddish-hued mountains, sculpted by the wind over thousands of years. In the midst of these mountains, Petra emerged. Possibly established as early as 312 BC as the capital of the Nabatean Arabs, the site was important and developed along the Silk Road. At its height, Petra was home to around 30 people. 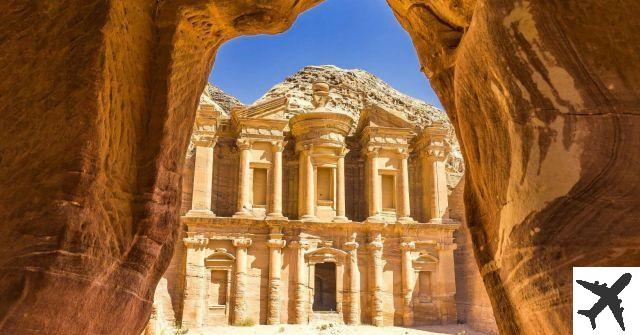 Today Petra is one of the main archaeological sites in the world, a UNESCO World Heritage Site and Jordan's biggest tourist attraction. You can book a tour to Petra from Amman.

The lost city of the Incas exudes energy and allows visitors to discover a little bit of a people who kept very advanced knowledge, especially for the time. The archaeological site is 2.450 meters above sea level and was populated between the years 1450 to 1540. The families that lived there grew mainly corn and potatoes and left the city before the arrival of the Spaniards.

The best way to visit the city is to reach Aguas Calientes, at the base of Machu Picchu, by train from Cusco, Peru. You can visit the ruins on your own or if you prefer a guided tour of Machu Picchu. 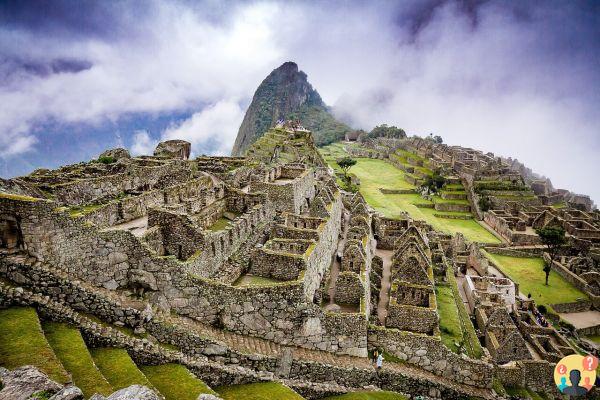 Taj Mahal – one of the wonders of the world 🇮🇳

The Taj Mahal is India's main tourist attraction and one of the most important monuments in the world. Located in the city of Agra, it was elected one of the Seven Wonders of the modern world and attracts visitors all year round. 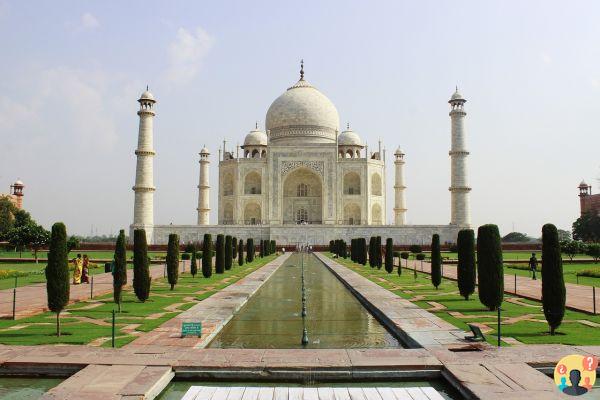 The Taj Mahal is a mausoleum built by Emperor Shah Jahãn, in honor of his late wife Mumtāz Maḥal, between 1632 and 1653. In 1983, the Taj Mahal was declared a UNESCO World Heritage Site. Once in Agra you can choose to take a tour of the Taj Mahal with all the explanations from a guide.

This list of notable works from the 7 Wonders of Antiquity to enjoy was drawn up by the Greeks. It is believed that the first reference to the listing was made by Herodotus (484 BC – circa 425 BC). However, the list we know was compiled only in the Middle Ages.

Of the works listed, only the Great Pyramid of Giza, Egypt, remains standing. All the others have already been destroyed, they were: Hanging Gardens of Babylon, The Statue of Zeus, The Temple of Artemis, The Mausoleum of Halicarnassus, The Colossus of Rhodes and The Lighthouse of Alexandria. 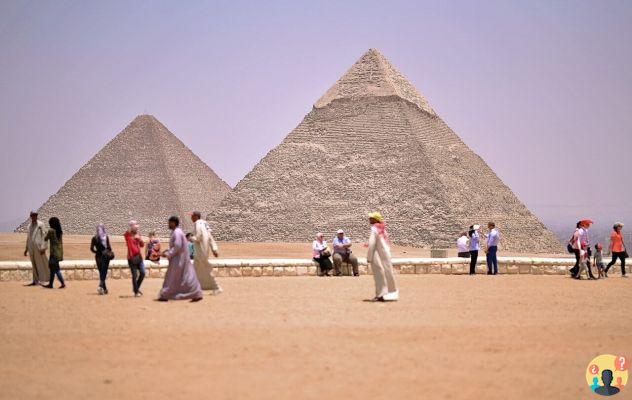 Definition of the Seven Wonders of Nature

Like the choice of the new 7 Wonders of the World, the natural beauties were also informally chosen in an internet popular vote also organized by the New Open World Corporation (NOWC). The campaign began in 2007 with a list of 440 natural locations. After more than 500 million votes, the seven natural wonders were announced in 2012.

On the border between Brazil and Argentina is one of the natural wonders of the world. The Iguaçu Falls are home to about 270 waterfalls with an average height of 65 meters and a flow rate of approximately 1,5 million liters of water per second.

The waterfalls of the waterfalls park are formed by the waters of the Iguaçu River. The Brazilian side is great for watching the falls while on the 1.200-meter Waterfall Trail, the main attraction of the Brazilian park. Along the way it is common to find coatis, birds or butterflies, playing among the leaves of the trees. The trail has several viewpoints, perfect for taking pictures and feeling the splashes of the waterfalls on your face. 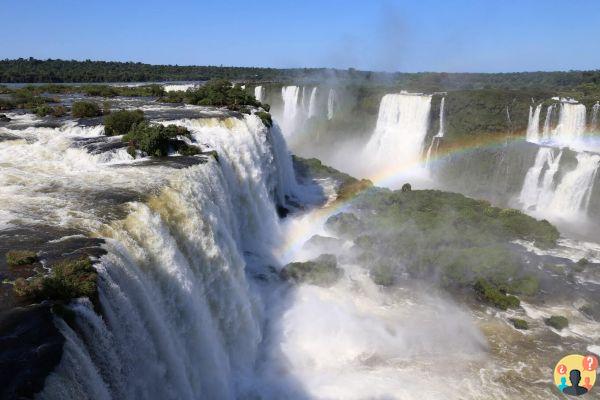 South Korea's smallest province is home to the country's largest island and biggest tourist attraction. The mild climate, natural beauty and infrastructure attract thousands of tourists every year. There are so many people that the route between Seoul and Jeju was the busiest in recent years with more than 14 million passengers transported in 12 months. 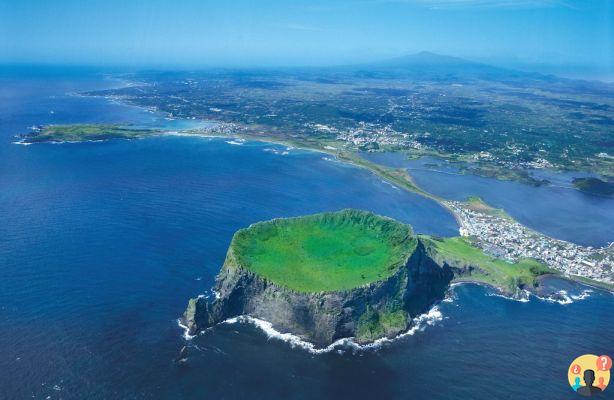 This natural wonder of Vietnam is located about 3 hours from the capital Hanoi. There are about 1.969 limestone islets. Most of the islands are not inhabited or altered by human presence. The best way to get to know it is on 1 or 2 night cruises departing from the port of Ha Long. There are ways to book tours departing from Hanoi. 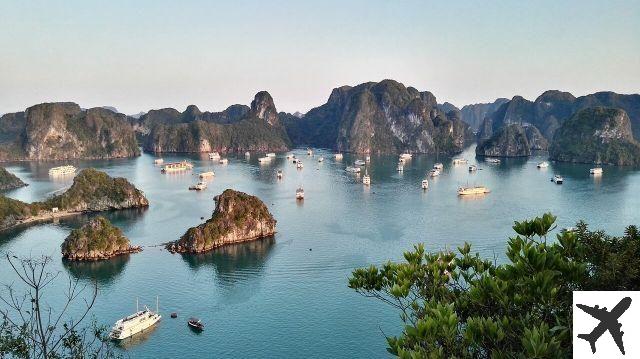 Komodo is one of Indonesia's 17.508 islands and famous for being the habitat of the Komodo dragon. The island has an area of ​​390 km² and about 2.000 inhabitants. The Indonesian government intends to declare the region a world conservation area for Komodo dragons. The objective is to ban tourism in the area for a while to restore the island's biodiversity. 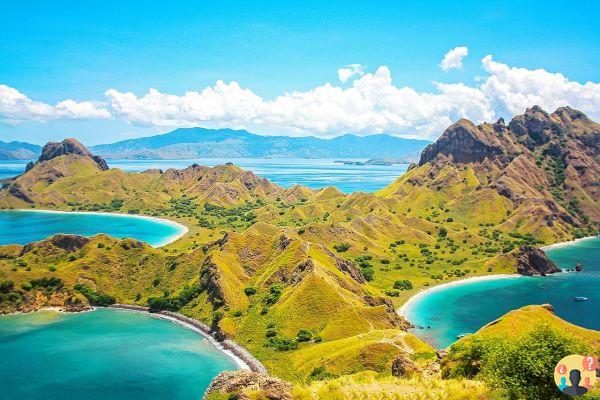 A paradise place. Puerto Princesa Subterranean River National Park is a protected area of ​​the Philippines located approximately 80 kilometers north of Puerto Princesa City Center, Palawan. The national park is located in the Cordillera de Saint Paul on the west coast of the island. 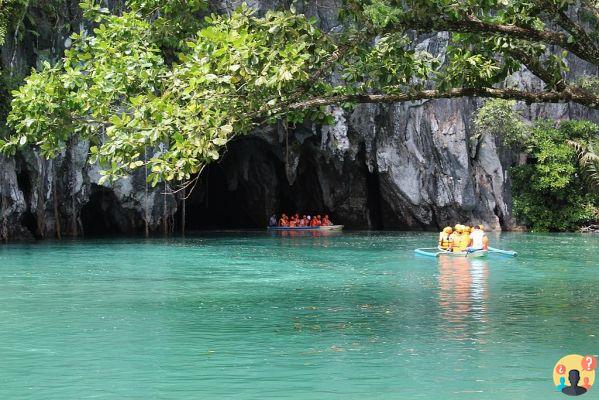 The largest rainforest in the world was also named one of the 7 natural wonders of the world. The Amazon River, which rises in the Peruvian Andes and flows into the Atlantic Ocean, is the largest in the world in terms of volume of water and, for many, the longest on the planet. Biodiversity and beautiful landscapes attract tourists from all over the world. In Brazil, the main gateway to visit the Forest is Manaus. Find flights to Manaus. 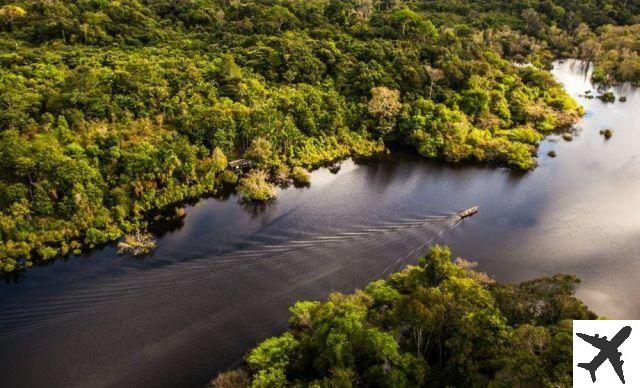 Internationally known and a symbol of Cape Town, South Africa, Table Mountain attracts adventurers and tourists throughout the year. To reach the top, the easiest way is by cable car. The main feature of Table Mountain is the plateau of approximately 3 kilometers from one side to the other, surrounded by impressive cliffs. The mountain is 1.086 meters above sea level. 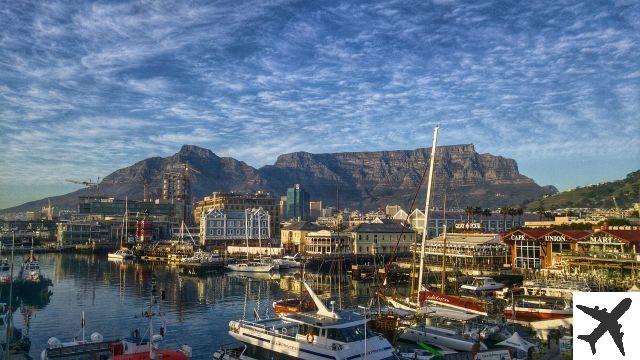 What wonders of the world do you know? What did you think of them? Leave your story in the comments below.

The 8 most beautiful places to visit in Zimbabwe

What to do in Iran

Symphony of the Seas: What It's Like to Travel on the World's Largest Cruise Ship

Why travel to Iran