In which neighborhood to stay in Noumea? 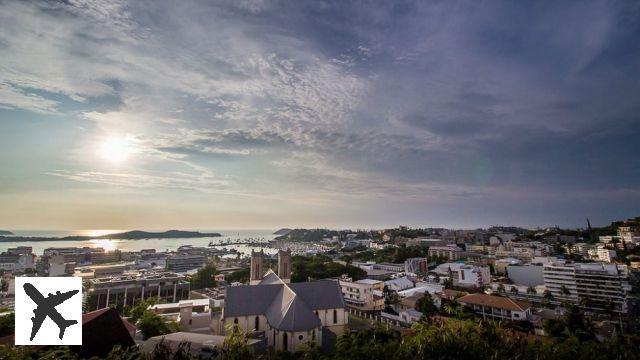 Are you travelling to New Caledonia, nearly 17,000 kilometres from mainland France? Here are the districts where to stay in Noumea!

The capital of the French overseas collectivity of New Caledonia, Nouméa is a port city in the south-west of the island, located on a peninsula south-west of Grande Terre. The population is very mixed - composed of Europeans, Metropolitans (the "zoreils"), Kanaks, Polynesians and Asians - and amounts to about 180,000 people in the urban area, for a municipal population of about 100,000 inhabitants. This makes it the largest French-speaking city in Oceania and the third most populous city in overseas France. Created in 1854 under the name of Port-de-France by the French, Noumea developed with colonization and mining activity.

Noumea is one of the most industrialized cities of the French overseas territories and a seaside area of great importance: Noumea is sometimes called the "little Nice". and sometimes even "Paris of the Pacific" because of the luxury boutiques that dot the cobblestone streets of Noumea.

Are you looking for a place to stay in Noumea? Be careful, it can be expensive. There is a demographic and social segregation between the southern and northern districts, with the wealthy classes in the southern part and the most popular in the north. Here is a presentation of the areas to choose for accommodation in Noumea.

Facing the lagoon, Noumea represents the quintessence of the Pacific: a small port where it is good to stroll on the edge of the waterfront, a diversity of cultures and styles, beautiful colonial buildings.


Organised around the Place des Cocotiers, the city centre of Noumea is the colonial quarter, where you can find 19th century buildings: the Celestial Fountain, the Saint-Joseph Cathedral, the Old Protestant Temple. The latter are not to be missed and can be discovered as you stroll around or, for a complete cultural break, during a guided tour of Noumea.

The old centre is structured according to a checkerboard plan and houses numerous shops - clothing, bookshops, luxury goods, jewellery - and buildings dating from the "nickel boom" of the 1960s and 1970s. Downtown accommodation offers a central location, not far from the ferry terminal. Adjacent to its southern flank is the Latin Quarter, which is very touristy and cultural. There are bars, restaurants, museums - the New Caledonia Museum for example -, the market and Port Moselle, the city's marina.

Located less than 10 minutes from the city centre, the Baie des Citrons is a trendy seaside resort, attracting a fairly affluent population of tourists and locals alike.

If you want to party, this is where you should choose to stay in Noumea: bars and discos abound along the Roger Laroque promenade, which overlooks the kilometre-long beach of the Baie des Citrons. Life never stops there, between the beach during the day and the party during the night. The Bay of Lemons is sheltered from the winds, making it an ideal place for a stroll and a privileged spot to swim in the calm and warm waters of the South Pacific.

Finding an Airbnb in the Bay of Lemons

Situated between the Rocher César, towards the Pointe Magnin, and the famous Rocher à la Voile, Anse Vata is one of the most touristy districts of Noumea, with a long beach - Anse Vata beach - stretched along the Roger Laroque promenade, a succession of bars, restaurants and discos in a row and many hotels to stay in. Here, you can find a Côte d'Azur feel but in a tropical version. Since it is a very busy area, staying in Anse Vata promises to be more expensive than in the more northerly areas. Good to know: Anse Vata, although very popular, is not very close to Noumea's two airports, so if you stay in the area, think about anticipating your trips.

Audio Video In which neighborhood to stay in Noumea?
Airbnb Tromsø : the best Airbnb rentals in Tromsø ❯

On which island to stay in New Caledonia?

add a comment of In which neighborhood to stay in Noumea?